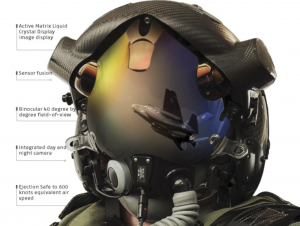 It’s a fact that year after year, huge amounts of military aid is earmarked for Israel via overwhelming bipartisan support in both the U.S. Senate & House of Representatives, but the squad of young Democrat antisemitic detractors conveniently translate that to it’s being ‘given’ to Israel…and therein lies the subversive misleading claim.

Those who think the U.S. “SENDS” or “GIVES” the ‘Military Aid’ to Israel are simply uninformed and unaware of how the financial assistance is laid out with regard to Israel, and Israel alone. Significantly more money for military budgets is sent to countries like Germany, Saudi Arabia, and Japan, allocated under designated categories, funding policies, or procurement titles. Only those who are invested in gathering all the information really know the details.

It is true that huge amounts of military aid is ‘allocated’ to Israel, but the detractors translate that to it’s being ‘given’ to Israel…and therein lies the misunderstanding.

It should be made crystal clear to those who are uninformed that there is a reason why every year, a dozen or so U.S. governors lobby Israel, and Israeli concerns, to open up shop and do R&D in their perspective states.

There is also a very good reason why BOTH Democrats & Republicans in BOTH Houses of Congress, actually SEEK to increase the ‘military assistance’ to Israel at every opportunity.

Since 2018 all of what’s allocated to the Jewish State is regulated by law to be spent in the United States. So, the ‘aid given to Israel’ is actually used in paying American workers and keeping them employed to pay taxes that goes on to stimulate the American economy. That chunk is to ASSIST in the R&D of Israeli ideas and innovations that ISRAELI engineers/scientists are working on in America….such as the Iron Dome, a well known Israeli anti-missile missile, that was actualized and is still being produced in the U.S.
– In return for the above, the U.S. inherits invaluable Israeli technology.

Within the 10-year Memorandum of Understanding (MOU) agreed upon during the Obama administration, the Off-Shore Procurement or OSP, allows part of the assistance to be used in Israel (Off-Shore) to develop technology/products the US, and/or Israel needs….such as a variety of missiles, or the helmets all American F-35 pilots wear.

Those who say Israel “GETS” or “RECEIVES” that money “know so much that just isn’t so,” because in the final analysis the Pentagon and an overwhelming amount of U.S. Congressmen & Senators believe such assistance to Israel is a win-win situation for both countries, making both stronger and safer.

According to U.S. Gen Chuck Wald, America doesn’t spend enough on Israel. Watch to understand why.