I am a Métis from Paddle Prairie Metis settlement. My father, Mervin Bellerose, co-authored the Métis Settlements Act of 1989, which was passed by the Alberta legislature in 1990 and cemented our land rights. I founded Canadians For Accountability, a native rights advocacy group, and I am an organizer and participant in the Idle No More movement in Calgary. And I am a Zionist. 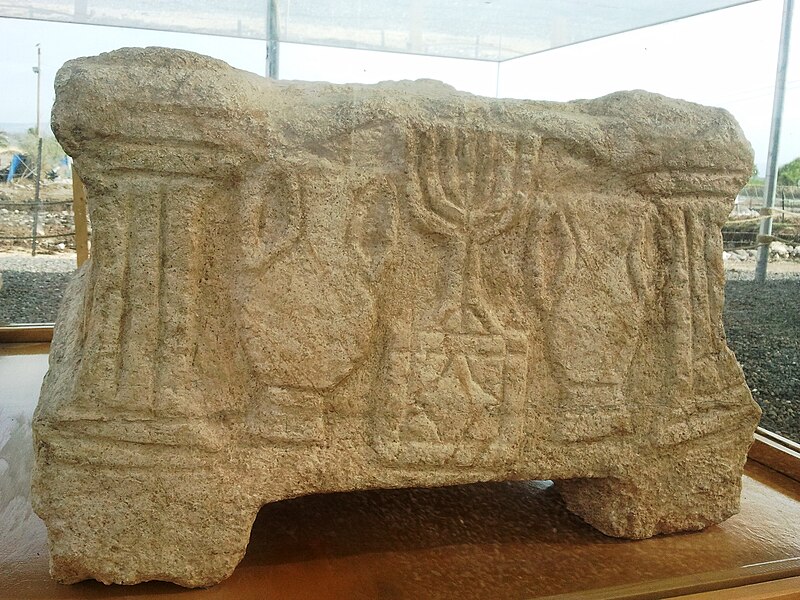 Magdala stone with Menorah that was found in the Archaeological site inside the Migdal Synagogue area – Photo: Wikimedia Commons/Hanay

To begin, let us acknowledge that there is no rule that a land can have only one indigenous people; it is not a zero sum game in which one group must be considered indigenous so that therefore another is not.

However, there is a very clear guideline to being an indigenous people. It is somewhat complex but can be boiled down to the checklist below, as developed by anthropologist José R. Martínez-Cobo (former special rapporteur of the Sub-commission on Prevention of Discrimination and Protection of Minorities for the United Nations).

This list was developed because indigenous rights are beginning to be respected across the planet. This recognition is incredibly important, so we as indigenous people cannot allow non-indigenous people to make false claims, which ultimately would harm our own rights.

The creation and declaration of the sovereign nation of Israel marks the first time in history that an indigenous people has managed to regain control of its ancestral lands and build a nation state.

Israel is the world’s first modern indigenous state: the creation and declaration of the sovereign nation of Israel marks the first time in history that an indigenous people has managed to regain control of its ancestral lands and build a nation state. As such, this is incredibly important for indigenous people both to recognize and to support as a great example for our peoples to emulate.

The actual working definition of “indigenous people,” (not the Wikipedia version, nor Merriam Webster, both more suited to plants and animals) for purposes of this essay is that developed by aforementioned anthropologist José R. Martínez-Cobo. With this as my foundation, I will detail why Jews are indigenous to Israel, and why Palestinians are not.

Martinez-Cobo’s research suggests that indigenous communities, peoples and nations are those which, having a historical continuity with pre-invasion and pre-colonial societies that developed on their territories, consider themselves distinct from other sectors of the societies now prevailing on those territories, or parts of them. They form at present non-dominant sectors of society, excepting Israel as noted above, and are determined to preserve, develop and transmit to future generations their ancestral territories, and their ethnic identity, as the basis of their continued existence as peoples, in accordance with their own cultural patterns, social institutions and legal system.

This historical continuity may consist of the continuation, for an extended period reaching into the present of one or more of the following factors:

Close up of relief on the Arch of Titus in Rome depicting the golden Menorah, one of the spoils brought back to the city by returning Romans soldiers after their Siege of Jerusalem, when they sacked the Jewish Temple in 70 AD.

Despite all the arguments about “European” Jews, they in fact meet all the criteria set forth by Martínez-Cobo. Even though Israel is the first modern indigenous state, it still has lands that are occupied by foreigners in Judea and Samaria. Those are ancestral lands and, many feel that they should be returned to the indigenous peoples for self-determination.

Now, for the flip side.

The argument that Palestinians are indigenous is incorrect for several reasons.

If you should encounter the argument that conquerors may themselves become indigenous to a region by virtue of conquering, direct those who assert the argument to this article, and help them understand not only is the argument wrong – it is dangerous to Indigenous people everywhere.

Ryan Bellerose, a Zionist, is Metis from the Paddle Prairie Metis settlement in Northern Alberta, Canada. He founded Canadians For Accountability, a native rights advocacy group, and is an organizer and participant in the Idle No More movement in Calgary as well as a founding member of an Israeli advocacy group called Calgary United with Israel.

The Ottoman Empire, founded in 1299 by Oghuz Turks under Osman I, came to an end only in 1922. This map below, from 1855, shows all the provinces of the Ottoman Empire and clearly demonstrates that during the 623 years of rule, there was no ‘Palestine’, perspicuously disproving the existence, claims, of any so-called ‘Palestinian’ nation dating back “thousands of years.”

Also take note that throughout the empire, the names of areas, cities or villages are Turkish, Arabic, Latin etc. but the capital of the Nation of Israel is identified as “Jerusalem” and not by the Arabic name of Al-Quds.

Colton’s Turkey in Asia and the Caucasian Provinces of Russia. Published By G. W & C. B. Colton & Co. No. 172 William St. New York