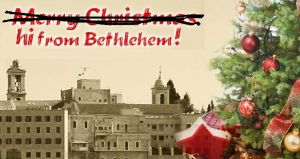 A recent article that tells why Arab Christians are fleeing in droves from Bethlehem has been echoed for a while by those seeking to demoralize and delegitimize the Jewish state, but a close analysis of the facts tell a completely different story.

The Jesuit magazine America recently reported that Arab Christians are fleeing in droves from Bethlehem, the hallowed city of Jesus Christ’s birth. In 1990, Christians made up a majority of the city’s residents; today they make up only about 15%. “With thousands more fleeing the city every year,” reports America’s correspondent Jeremy Zipple, “you can’t help but wonder, will there be any Christians left here…in the not too distant future?” 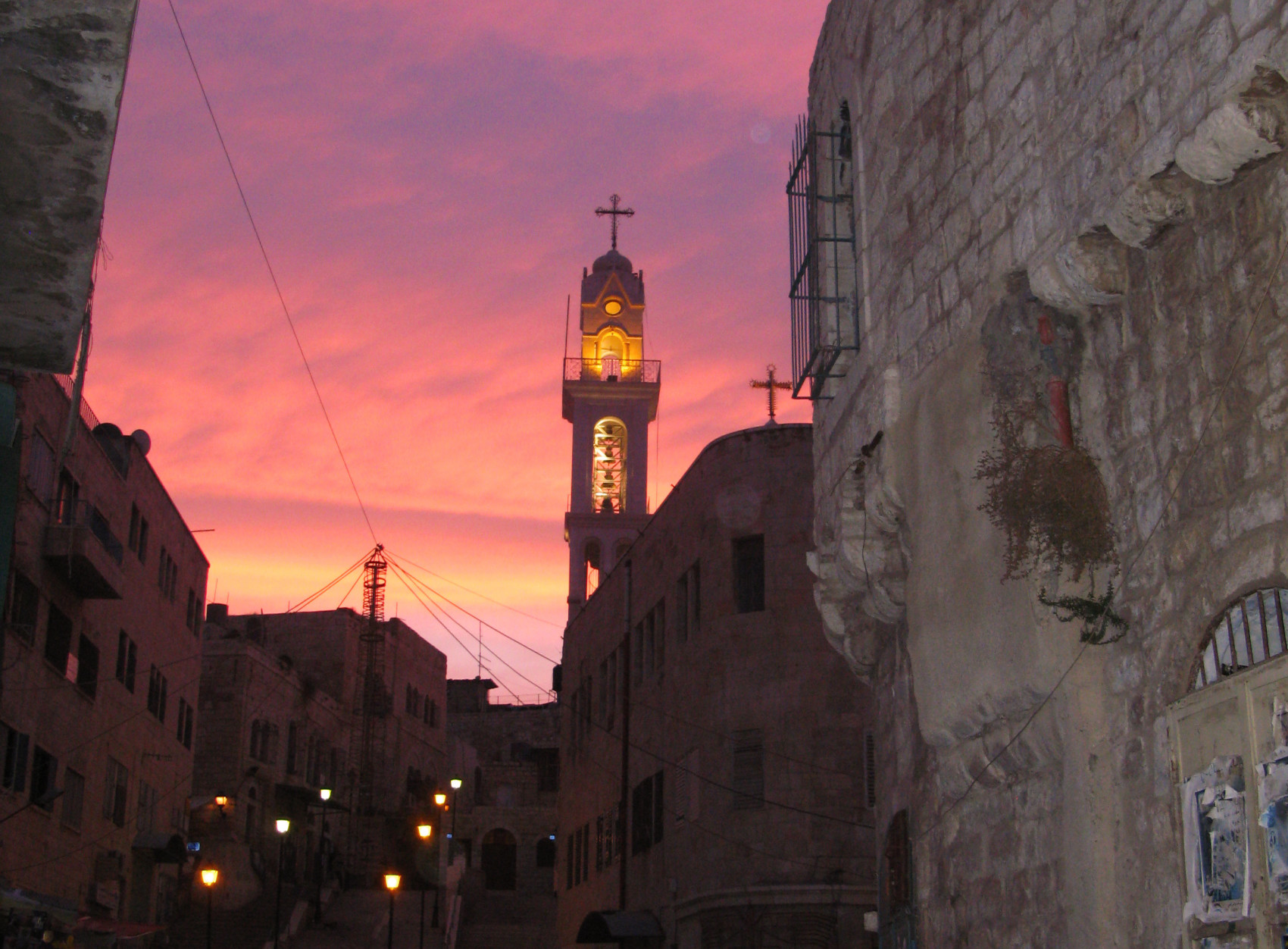 Bethlehem at Night in 2009 – Photo: Sengaska via Wikimedia Commons.

Zipple’s question is rhetorical. He clearly believes that Christianity in Bethlehem may be nearing its end.

But why? Why are Christians fleeing?

At first Zipple says “it’s complicated.” But he goes on to list one reason, and one reason only: “Since 2003 Bethlehem has been circumscribed by a 26-foot military grade wall.”

Zipple is, of course, referring to the separation barrier that was constructed by Israel during the Second Intifada to keep out suicide bombers who tried to cross from the West Bank into Israel. Although the vast majority of the barrier is a chain link fence, in Bethlehem and a few other metropolitan areas it becomes a tremendous gray wall. Since its construction, the barrier has become the international symbol of Palestinian resistance against Israel.

“[T]he separation wall…cuts family from each other. People get humiliated at checkpoints. People do not have many opportunities to improve their living standards. So, therefore, Christians who can afford to, are trying to leave this country,” says interviewee Hanan Nasrallah, a Palestinian employee of Catholic Relief Services.

According to Nasrallah, both Palestinian Christians and Muslims face the same challenges. It is only the Jewish occupation that is causing them both misery.

And yet the Muslim population of Bethlehem is growing. Muslims, in fact, are not fleeing. They are arriving—in large numbers.

Surely there is some significance in this disparity between the two populations. Why is the Muslim sector of Bethlehem growing while the Christian sector is falling? Both face the same exact set of circumstances. Could it be that this disparity tells the true story?

It is important to note, first of all, that Jewish sovereignty does not, ipso facto, lead to Christian emigration. Inside Israel proper, the Christian population has been growing steadily for decades. Today, Christian Arabs are serving in the army and at various levels of the Israeli government.

It is no coincidence that Bethlehem was mostly Christian until the 1990s. Until then, Bethlehem was ruled directly by Israel through a military administration. Although they were not full citizens of Israel, Palestinian Christians (and Muslims) could travel freely inside the country, visit the beach, and shop in Jewish neighborhoods. That all changed in the mid-1990s when Israel agreed to let the PLO rule parts of the West Bank and Gaza under a famous treaty called the Oslo Accords.

The Oslo Accords were intended to lead to peace between the two peoples. Regrettably, it led to the greatest outbreak of violence the two sides had ever seen during the Second Intifada.

The Palestinian Authority—the government created by the PLO to manage the West Bank and Gaza—is, by its own constitution, an Islamic state that embodies the principles of shari’a. Christians living under the PA are “accorded sanctity and respect,” but, as is the case under all shari’a-based systems, Christians are relegated to the status of second class citizens. Of course, it is illegal to convert from Islam to Christianity. Let’s not even mention the fact that sale of land to Jews is a crime punishable by death.

Discrimination against Christians under the Palestinian Authority isn’t just legal—it’s also social. Living as a Christian, one is constantly reminded that he or she is not a member of the majority culture.

Christian Visitors to the Palestinian territory were surprised to find Al-Quds University’s Muslim students had hijacked Christmas by turning a Christmas tree into a ‘martyr tree’ adorned with photos of the Palestinians killed in the commission of attacking Jews. – YouTube screenshot

Shortly after taking power in the West Bank, Yasser Arafat ensured that Bethlehem and a few other cities would always have Christian mayors. However, he also pursued policies that encouraged Muslim immigration into those same cities and thereby changed the demography from the bottom up.

I’ve spoken to numerous Palestinian Christians who describe how Muslim terrorists would commandeer Christian homes and use them to direct sniper fire on Israeli soldiers. Others speak of systematic discrimination in hiring, housing, and education. Of course, all of these conversations take place in private meetings and hushed tones. Christians in Bethlehem rarely interact with Muslims beyond the marketplace, and are, in fact, very much afraid. But in public, Palestinian Christians speak like Hanan Nasrallah—equating their situation with their Muslim neighbors and lauding the happy coexistence between the two groups.

They don’t have a choice. They are hostages inside their own city.

America would have us believe that Israel is forcing Palestinian Christians to flee Bethlehem because of the wall it built to stop terrorism. In reality, Christians are fleeing for the same reason they are fleeing Iraq, Egypt, and Syria: the rise of Islamic intolerance and violence against anyone who denies the revelation of Muhammad.

Palestinian Christians don’t like the wall, it’s true. But their main problem is that they are stuck living on the wrong side of it. It is not surprising that many Palestinian Christians call for a “one state solution” that will tear down the wall and reintegrate them with the Jewish state. Until that happens, however, many are choosing to leave.

America didn’t go far enough in its analysis, stopping—like most news outlets—just soon enough to blame Israel for everything. American Christians who want to know the truth need to dig deeper, especially if they are truly concerned about the fate of their Palestinian brothers and sisters.

Robert Nicholson is Publisher of Providence Magazine and the executive director of The Philos Project, a nonprofit organization that seeks to promote positive Christian engagement in the Middle East. He holds a BA in Hebrew Studies from Binghamton University, and a JD and MA (Middle Eastern History) from Syracuse University. A formerly enlisted Marine and a 2012- 2013 Tikvah Fellow, Robert lives in New York City with his wife and two children.