State prosecutors attests Jewish terror differs from Arab terror, claiming convictions are deterrent enough for Jews, but the opposite for Arabs, since Palestinian incarceration brings honor and financial security by way of monthly siphons to the family by the Palestinian Authority.

The prosecution in the case of murdered Palestinian teen Mohammed Abu Khdeir who was brutally murdered by three Jewish Israelis in 2014, has indicated on Wednesday its opposition to a petition from abu Khdeir’s family to demolish the homes of his killers, the Walla! news site reports.

Abu Khdeir’s murder on July 2, 2014 — wherein he was kidnapped by three Jewish Israelis, beaten and set on fire while still alive — was deemed to be nationalistically-motivated. Continue Reading »

After Yehuda Etzion, a Temple Mount activist was barred from Judaism’s holiest site by local police because he happened to raise his hands as if ‘in prayer’, Jerusalem Court ruled that prohibiting such innocent gestures will lead to ‘slippery slope.’

The Jerusalem District Court accepted Monday the appeal of the Temple Mount activist Yehuda Etzion, and in canceling his expulsion from the holy site ruled that it was permitted to raise one’s hands while visiting there. 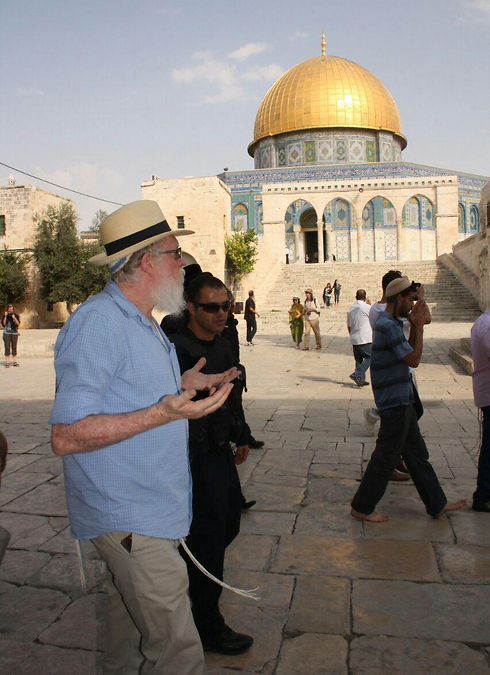 Etzion was barred from entering the Temple Mount last week on suspicion of violating the rules as he raised his hands as if in prayer. Continue Reading »