The Norwegian Parliament decided last week to cut funding for the education system of the Palestinian Authority, due to evidence of the existence of materials inciting violence, terrorism, and martyrdom in school curricula across the Palestinian territory.

This unprecedented announcement follows a report made by the Jerusalem based Institute for Monitoring Peace and Cultural Tolerance in School Education (IMPACT-se), that brings to light the widespread radicalization rampant within the Palestinian education system. 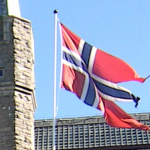 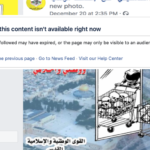 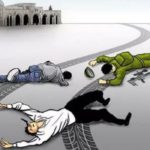 In a report published on Wednesday, the Geneva-based organization exposed posts from 10 United Nations employees that included praises of terrorism against Israelis, and a picture of Adolf Hitler describing him as a humanitarian. Continue Reading » 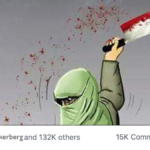 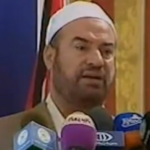 Speaking a funeral at the Great Omari Mosque in Gaza City, Fathi Hamad hailed the “success” of what he called “peaceful” protests at the Gaza security fence that have been going on since the end of March. Continue Reading » 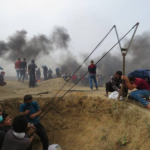 UK to review incitement against Jews in Palestinian schoolbooks

At the request of Member of Parliament Joan Ryan, the British government, along with other donors states financing the PA education system, will review multiple examples of PA incitement in UNRWA textbooks against Israel and Jews.
– WATCH: UNRWA students [Palestinians] admit to being taught to hate Jews and kill them.

The British government and other donors to the Palestinian Authority (PA) education system will undertake a review of incitement against Israel and Jews in Palestinian textbooks, JTA reported on Friday.

Official logos to six different UNRWA financed schools for Palestinian children that include the UN logo along with map of Israel replaced as ‘Palestine.’

Friends & Foes worldwide recognized the Palestinian leader’s antisemitic diatribe to the PLO’s Central Commettee as “vile” and “completely unacceptable,” with Sweden, the UN, EU, US, Germany, and even John Kerry, and Peace Now united in their condemnations and unimpressed with Palestinian leaders attempting to explain it away.

Friends and foes alike blasted Abbas as an “antisemite” and a “Holocaust denier,” after he charged that the Nazis killed Jews in the Holocaust because they were money lenders.

“The Holocaust did not occur in a vacuum, it was the result of thousands of years of persecution,” UN Special Coordinator for the Middle East Peace Process Nickolay Mladenov said on Wednesday. Continue Reading »