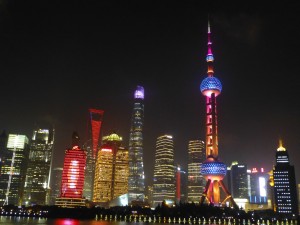 The agreement, which was signed following protracted negotiations, is slated to be made official in late February, the Israeli news portal Walla reported.

The Finance Ministry has long been promising to open Israel’s doors to some 20,000 Chinese laborers, but the government’s efforts have until now been unsuccessful.

According to a Finance Ministry official, “Above all else, one of the main goals of [this deal] is to eradicate the phenomenon of brokers’ fees and the phenomenon of human trafficking. Deals such as this allow for oversight, inspection and accompanying the worker upon his arrival, from the earliest stages of the employment process until the completion of his work in Israel.”

In recent years, similar labor deals have been signed with Bulgaria, Ukraine, Romania and Moldova to bolster the construction industry, Walla reported.

“After efforts that lasted for more than a year and a half, I’m happy our representatives signed a deal to bring thousands of Chinese workers [to Israel], who will provide an energy boost to resolving the housing crisis. This achievement is an excellent beginning to 2017,” he said.

Walla quoted Housing and Construction Minister Yoav Gallant as saying, “The housing market in Israel has suffered in recent years from a lack of manpower, from being slow and from expensive resources. Bringing in the Chinese workers will lead to shorter construction times and cheaper prices for the benefit of the public in Israel.”

Interior Minister Aryeh Deri also praised the deal, saying, “We have been in negotiations with the Chinese government for a long period of time and finalizing the deal represents a significant leap forward for the entire construction industry.

“The deal will help with overseeing and accompanying the employment of construction workers from China, but above all else, the dark period of demanding unreasonable brokers’ fees from those who come to work in Israel is over.”