During an interview with The Jerusalem Post on Tuesday, ADL National Director Abraham Foxman said he could not square such worries with the “special relationship” and high level of intelligence cooperation between the two nations.

“Is there a certain amount of hypocrisy? Sure,” Foxman told the Post, referring to recent revelations of widespread American spying on close allies. “Every couple of years something publicly surfaces, focusing the light on Israelis or Israel spying…. It is inordinate and inappropriate and inaccurate. This is the most recent example of it.”

For several years Israel has been lobbying for admission to the visa waiver program, which allows tourists to visit for up to 90 days without a visa. Several senators are now at work on a bill that would allow it to join the nearly 40 countries whose citizens can already visit freely. A senior State Department official recently voiced public support for easing entry for Israelis.

So far, two obstacles have stood in the way: Allegations by US officials that Israel discriminates against Arab- and Muslim-Americans seeking entry to the Jewish state, and a proliferation of young Israelis who travel to the US as tourists and then work illegally. 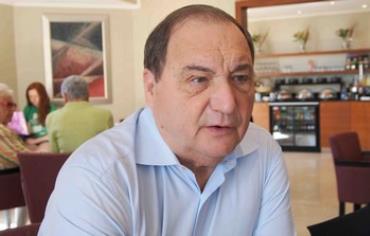 The maximum visa rejection rate for entry into the program is 3 percent; the rate for Israelis is 9.7%, spiking from a 6% average in recent years.

However, a report in Roll Call, a Washington publication focusing on Capitol Hill, quoted several congressional aides as stating that espionage fears were also in play. Representatives of the State Department, Department of Homeland Security and the country’s intelligence community have testified to that effect before the House Judiciary Committee, Roll Call reported.

One aide the newspaper quoted cited “reservations from the intelligence community about allowing Israel into the visa waiver program because of concerns that it would allow in Israeli spies.”

Foxman said he continued to be “disturbed at the level of preoccupation, primarily in the American government, not just now but going back for years” in relation to alleged Israeli spying.

“I have a file of people who applied for [a security] clearance, American Jews who had difficulty getting it and didn’t get it because of questions which were inappropriate,” the ADL head stated.

“But none of these people wanted to take the case public because they were afraid it was going to destroy their employment opportunities.”

Foxman alluded to what he believes is an inbuilt institutional bias connected to a widespread belief that American Jews hold dual loyalties.

“One out of three Americans believe that they [US Jews] are not loyal,” and the current allegation of Israeli spying “enhances the stereotype and it fuels it,” he said. “This is endemic in our political system out of Washington.”

A 2013 poll by the ADL found that 30% of Americans believe Jews are “more loyal to Israel” than to the United States, a number that remains unchanged from a previous poll taken in 1964.

Such attitudes predate the arrest of Jonathan Pollard, a Jewish-American intelligence analyst convicted of passing information to Israel. The Pollard case, Foxman averred, gave those concerned with Israeli spying “legitimacy” but did not create such worries.

“The exchange of information and data and specific research on technology is very high, and so at the same time to say we have to be careful of Israelis who come here on tourist visas because they can spy on us is almost irrational,” he said. “But if we are talking about being motivated in part by stereotypes, stereotypes are not rational. It’s a prejudice.”