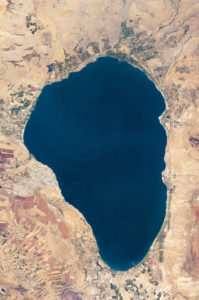 At the meeting, representatives from Mekorot, the national water company, and the IWA, submitted a report to Steinitz outlining the necessary actions the country must take in the immediate, short and intermediate future to prevent a national water shortage.

According to the report, the dire water situation and predictions of an inability to recover in the coming years mandate the implementation of a national emergency plan, at an estimated cost of around 1 billion shekels ($30 million), to mitigate damage to water consumers and to the country’s natural water resources.

As of Tuesday, after four years of drought and on the verge of a fifth, significantly low precipitation levels represented just 85% of the annual average. These figures indicate a severe and perpetual shortage of natural water.

“The needs of the population are growing and there is decreasing precipitation. As a result, we are pressing forward with solutions to create water reserves for future years, contrary to how this subject was dealt with in the past,” Steinitz said.

“In addition, the plan we are preparing for government approval will be expanded, and it will also include solutions to save the Sea of Galilee and Israeli nature. In light of the deficits to the natural water resources, which currently stand at 2.5 million cubic meters, and the likely shortage this year and the coming years as well, we must declare a drought period that requires taking emergency actions.”

The steps recommended in the report include increasing the existing amount of desalinized sea water by accelerating the purchase and construction of another facility in the Western Galilee, and examining the need for several additional desalinization plants; creating additional facilities to hold and store desalinized water and connecting them to the national carrier; utilizing existing natural water resources by increasing and preserving their output from drilling; rehabilitating and preserving the southern coastal aquifer, and utilizing the accumulated water located in the northern coastal aquifer.

The report also recommends additional drilling to increase water output and production potential, to expand the ability to transfer water northward via the national carrier and to establish a system to receive and store the desalinized water from the plant that will be built in the Western Galilee.

Furthermore, the report recommends replenishing the Sea of Galilee by transferring water from Eshkol Reservoir, in order to meet international commitments and to ensure that the Sea of Galilee remains a natural source of drinkable water.