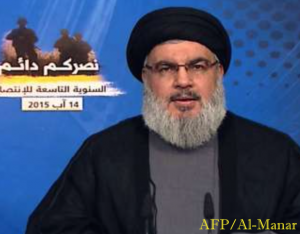 An outraged Nasrallah asks Sunni Arabs, “You are free to consider Iran an enemy but how can you consider Israel a friend and an ally?”

Hezbollah leader Hassan Nasrallah spoke out on Tuesday against Israel’s warming ties to Sunni Arab states in the region, and boasted that Hezbollah and Lebanon have nothing to fear from a future conflict with Israel. 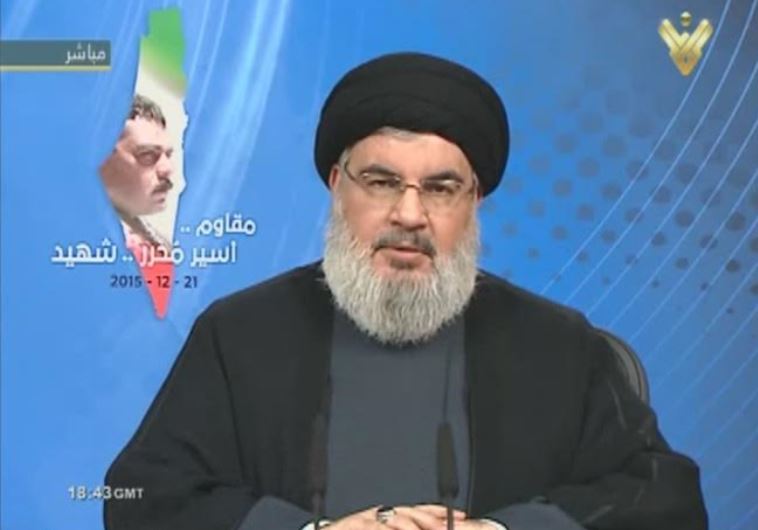 Speaking in a televised address, Nasrallah said “The Israelis believe that they are before two opportunities. The first is establishing relations and alliances with the Sunni Arab states through taking advantage of the confrontation with Iran, and the other is changing the regime in Syria.”

Iranian-backed group Hezbollah is fighting in Syria alongside the Allawite regime’s army and Shi’ite Iran’s revolutionary guard forces against Gulf-backed Sunni rebels. Despite the bloody and complex nature of the conflict, which has seen around 400,000 deaths since 2011, Nasrallah was outraged at the idea that the Jewish state could be considered a friend to Arab countries over Iran.

Challenging the growing consensus that Israel and Sunni Arab states are increasingly aligned in the region, Hezbollah’s chief asked rhetorically, “Do you accept a friend occupying Sunni land in Palestine? Can you become friends with an entity that has committed the most horrible massacres against the Sunni community?”

“You are free to consider Iran an enemy but how can you consider Israel a friend and an ally? This issue must be confronted in a serious manner,” he said.

Talking up Hezbollah’s deterrence, Nasrallah addressed his Lebanese constituency, saying “There is no need to fear an Israeli war, because after the First and Second Lebanon wars, Israel decided that it would only wage war if a quick victory is guaranteed.”

“When Israel knows that there is a force in Lebanon that can prevent it from achieving a quick victory, it will not engage in such a war,” he claimed.

Nasrallah has rarely been seen in public since the 2006 Second Lebanon War with Israel, and reportedly lives in a highly fortified bunker in Lebanon. However Lebanese media reported on Monday that the charismatic leader arrived in Iran on Sunday to receive urgent medical treatment for cancer, after his condition recently deteriorated.

In his wide-ranging address, Nasrallah stated that “The Saudis, Turks and Israelis are paralyzing the (Syria) negotiations. They are putting preconditions and raising the ceiling of the demands, the thing that even the US has started to criticize.”

“They want to partition Syrian into four states – a Sunni state, an Alawite state, a Druze state and a Kurdish state,” he claimed.

Israel has no representation in the ongoing negotiations attempting to achieve a ceasefire in Syria aimed at ending the five year civil war, and they haven’t actively joined their allies in airstrikes.

Addressing other aspects of the deepening regional conflict, Nasrallah said, “What is happening in Syria has opened the doors to developments that might have repercussions on the region and even the entire world. Saudi Arabia and Turkey are considering sending ground troops under the excuse of fighting ISIS, and this is a very important development.”

“Turkey has also suffered the fall of its ‘new Ottoman empire scheme’ and the Saudi plot in Syria has also failed.”

In Nasrallah’s absence from Lebanon, local politician Saad Hariri vehemently attacked Hezbollah’s chief on Monday. Speaking on the 11th anniversary of the assassination of his father, Rafik Hariri, Saad Hariri claimed that Hezbollah is the main party responsible for the presidential vacuum in Lebanon that has lasted 21 months.

Maayan Groisman contributed to this report.