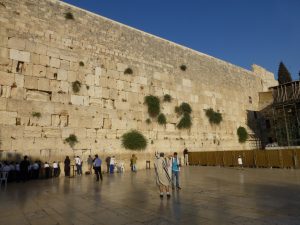 Senior members of the Conservative movement met with Israel’s Consul-General in New York, Dani Dayan, and handed him the threatening letter—signed by hundreds of leaders, rabbis, and presidents of Conservative Jewish communities from North America and around the world—to give to the prime minister personally.

The letter was sent following what it described as feelings of “dismay, anger and a sense of betrayal concerning events of June 25, 2017 in which the Cabinet tabled the Kotel (Western Wall) Agreement of January 2016 and simultaneously the Legislative Committee of the Knesset put forward a new Conversion Law that would codify the Israeli Chief Rabbinate as the sole authority in Israel for conversion to Judaism.”

“We find it unconscionable that Israel, the Jewish State, is the only democratic state in the world in which not all Jews are recognized or supported equally under the law or in the public square,” the Conservative leaders wrote.

The leaders of Conservative Judaism then called upon Netanyahu to “immediately implement” the plan, to not harm the Conservative Jewish community with regards to the issue of conversion, and to send a message of hope to the Jews of the world, which will directly affect the spirit of the sermons that will be heard in the synagogues on Rosh Hashana and Yom Kippur.

Then, the Conservative leaders outlined their ultimatum.

“In a few weeks Jews will gather in synagogues all over the world in honor of the High Holy Days,” they wrote. “Our rabbis will deliver sermons on the meaning of a full, ethical Jewish life. We will talk about Israel as an ideal, about Israel in our prayers, and about Israel in reality.

“We ask you to lead; we ask you to fulfill your promise to us that Israel will be the homeland of the entire Jewish people—Reform, Conservative, Orthodox and secular.”

The letter was signed by 597 rabbis, representing 417 institutions run by the Conservative movement.

Among the signatories to the letter are Rabbi Steve Warnick, head of the Conservative Movement in North America; Rabbi Julie Schonfeld, Head of the World Rabbinical Assembly; Rabbi David Wolpe, Rabbi of the “Sinai Congregation” in Los Angeles—one of the largest and most established Jewish communities in North America; Rabbi Dr. Elliot Cosgrove, Rabbi of the Park Avenue Community in New York; and Rabbi Michael Siegel, Senior Rabbi of the Chicago Jewish community and a leader of the AIPAC lobby.

Conservative Judaism, which heads most of the major Jewish organizations in North America, is one of the three largest Jewish denominations in the world, together with the Orthodox and Reform Jews.

In two weeks’ time, Prime Minister Netanyahu is scheduled to leave for the UN General Assembly in New York, but it appears that in light of this crisis, he will not hold an event with the Jewish community in the city.