Three children hurt from exploding shell while playing were  sent to Ziv Medical Center in Safed for treatment.

Since the beginning of the Syrian war, Ziv hospital has treated 376 Syrian patients.

Three Syrian children wounded in the battles raging in their war-torn country were brought to the Ziv Medical Center in Safed on Saturday night to receive medical treatment. They were treated at the trauma unit and were expected to undergo surgery when their condition stabilizes. 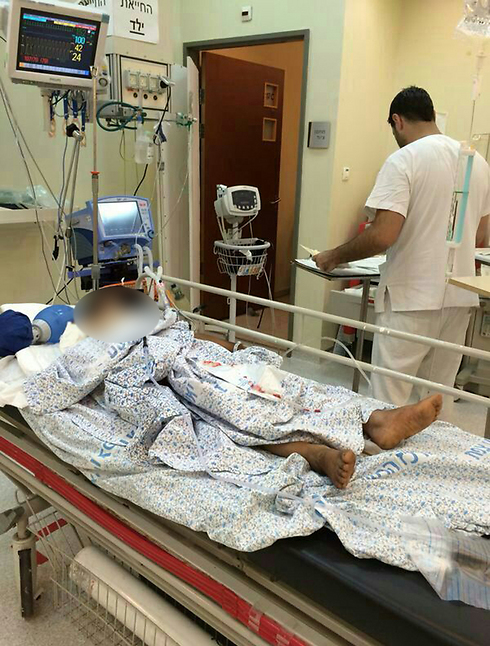 A 6-year-old girl was moderately hurt in her leg, where the bone had shattered.

IDF representatives told the hospital the children were hurt from a shell while playing outside in a village near Quneitra. Other children who were playing with them were killed.

“I’m not interested in the military situation or the circumstances that brought them here, only in the medical circumstances and what they’ve been experiencing medically since they were wounded,” the head of the ER, Dr. Hussain Amar, said. “It’s always hard to receive wounded children, but this is one of the worst cases we’ve seen here since the fighting started. It breaks your heart to receive children in such a condition, the effect of the shrapnel on their body is much more serious than in adults’ bodies,” he added.

Since the beginning of the civil war in Syria, 376 Syrians have been treated at the Ziv Medical Center, among them close to 50 children.