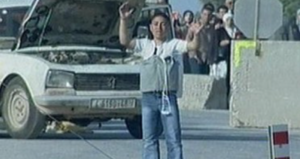 On March 24, 2004, a 14-year-old Palestinian youth ran toward a group of Israeli soldiers at a checkpoint near Nablus with an explosive suicide belt weighing 8 kg (17.6 lbs) holding the ignition switch in his shaking hand. Just meters from the soldiers of the 202 Paratroopers’ Battalion, the boy suddenly stopped, stood still frightened and raised his hands in surrender under the watchful eyes of numerous IDF snipers. The bomb squad sent a robot with a pair of scissors to the boy, cut the explosive vest from his body and escorted him a safe distance before the robot detonated the powerful bomb.

“The Explosive Boy,” as he was labeled in the Israeli press, is Hussam Abdo, who spent nine years in an Israeli prison for his attempted suicide-terror attack. “I came to explode,” the boy told authorities, “for 100 shekels and a promise of sex.”

Now, 15 year later, Abdo spoke with Mako, a popular Israeli news portal, to tell his story and how time in an Israeli prison changed his life.

“My whole life has changed since that time,” Abdo said. “I was so frightened. I was just a boy and didn’t know why I was doing this. If I knew then what I know now, I never would have done that,” the now-30-year-old Abdo recounted.

Abdo now understands that he was brainwashed by the Palestinian terror group Al Aksa Brigades into doing something horrible. After nine years in an Israeli prison he was released with a clear decision to leave his past life and become a better person. Today, the “Explosive Boy” runs a small coffee shop in Nablus’ open market, cares for his family, and thanks God every day that he was captured by the Israeli soldiers before he was able to explode himself and others.

Abdu says a new generation of Palestinian youth are being raised on the same techniques by Hamas and the PLO, brainwashing children into believing that killing Jews is necessary and honorable.

Even so, Abdo still lives with the cruel cynicism of the Palestinian terror groups who convinced a young boy to commit suicide while murdering other people. “I told them that I want to sacrifice myself,” he explained. “But I was a youngster. I didn’t understand at all what I was doing. It felt like a game to me.”

Abdo now admits that what he did was wrong and cannot comprehend how people could take advantage of a young and confused child to send him to his death. “If I could go back in time I would tell that little boy to go back to his family, his mother and father and home and live a proper life and not these cruel things evil people are asking us to do,” he said.

“It would be better for all of us, Jew and Arab, if we could learn to live together,” the youth who was brought up to hate and kill Jews now believes. He is telling other young people in Nablus that it would be a huge mistake to kill others and yourself for the Palestinian terror groups.

UNRWA students [Palestinians] admit to being taught to hate Jews and kill them. -Screenshots: The Center for Near East Policy Research

It took nine years in an Israeli prison for Abdo to get a different perspective on life and the Israeli-Palestinian conflict. However, a new generation of Palestinian youth are being raised on the same techniques by Hamas and the PLO, who are still brainwashing children into believing that killing Jews, even if they must kill themselves, is necessary and honorable.

“We will kill all the Jews,” said one 13-year-old boy representing many of a new generation of Palestinian children. “It is only a matter of time and opportunity before we will kill them all,” he declared with confidence while a group of his friends applauded.