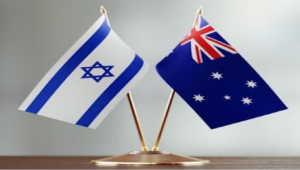 The move would be officially announced on Wednesday, according to the report.

“However, the embassy won’t be moved from Tel Aviv just yet,” the report said. “Instead a consular office will be opened, the sources said, due to the cost of the move, pegged at $200 million.”

The move would follow the US recognition of Jerusalem last December and subsequent embassy move in May. Guatemala followed suit and opened an embassy in Jerusalem last May. Paraguay also moved its embassy last May before returning it to Tel Aviv in September.