export from Israel ) as quickly as we can. 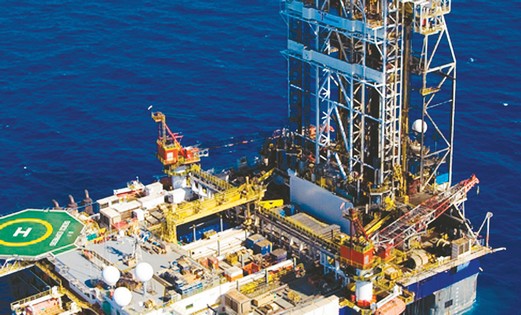 “Being selected as the Leviathan joint venture’s preferred partner in a competitive bidding process demonstrates the value of our LNG development capabilities,” Chief Executive Officer Peter Coleman said in the statement. Woodside will be the operator of any liquefied natural gas development of the field. “Acquiring an interest in these permits is an exciting opportunity to grow our portfolio in the emerging Eastern Mediterranean basin and we look forward to finalizing the agreement.”

In addition to the $696 million initial payment, Woodside has agreed to pay $200 million once laws permitting Liquified Natural Gas (LNG) export from Israel are in force, and $350 million on a final investment decision in relation to an LNG development.

“This is a company with an excellent reputation that will position Israel as an important player in the global LNG market,” said Igal Landau CEO of Ratio Oil Exploration. “It is impossible to minimize the important impact of this process on Israel’s energy sector and the economy in general.”

Speaking during a conference call Monday, Woodside’s Coleman declined to put a time frame on construction of an LNG plant, but said design work on the project had already begun, according to the Financial Review. “We want to pursue it as quickly as we can,” he said.

Woodside, seeking to broaden its portfolio of oil and gas assets to meet growth targets, has said it’s studying expansion options in the Eastern Mediterranean, Southeast Asia and the Americas. Noble said in December 2010 that Leviathan was the largest discovery in its history.