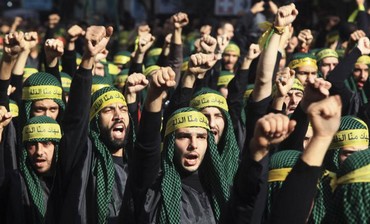 According to the report the decision was based mainly on the Lebanese Shiite organization’s alleged support and training of radical shiite groups against Bahrain.

He stated that Hezbollah is not only a threat to Bahrain, but to the rest of the Gulf region, and called on “our Gulf brethren to confront the terrorist organization to secure Gulf security.”

He reportedly added that there is evidence that Hezbollah is instigating violence against the Bahraini government.

Also Tuesday, twelve Hezbollah members were killed and more than 20 others were wounded in an ambush near Damascus, Al Arabiya reported, citing sources close to the organization.

The Hezbollah armed brigade has reportedly been deployed in Syria to fight with forces loyal to Syrian President Bashar Assad.

The wounded were evacuated to a hospital in south Beirut, according to the report.