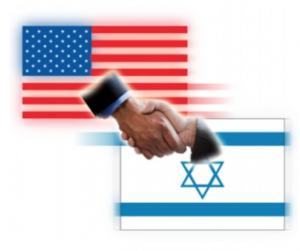 It expands existing state law to prevent New York from entering into a state contract or investment with those seeking to economically harm American allies.

Senate Majority Leader John J. Flanagan said following the approval, “New York taxpayers need to be protected from becoming unwitting supporters of those who are trying to undermine our greatest ally, Israel, and other critical allies. We are demonstrating that New York will continue to stand with our international partners and protect our shared interests.”

Senator Martins said, “Our tax dollars should not be used to aid those who wish to harm our friends. Israel and our other allies stand side by side with us to protect New Yorkers and all Americans. We owe it to them to ensure our own resources are not used in efforts to attack them. This sends a strong message that New York State supports those who have continually supported us.”

Senator Felder said, “Those who advocate and engage in boycotts against Israel, and who promote anti-Semitic ideology, have no place as a state contractor. This is very meaningful legislation that protects our nation’s allies and stands up against bigotry and injustice.”

Current New York State law prohibits the State from directly engaging in an international boycott against American-allied nations. New York City has a similar prohibition as part of its administrative code. However, the state could indirectly support a boycott of American allies by providing state monies to businesses or individuals that participate in boycotts like the BDS movement.

The new legislation would expand New York’s law by prohibiting state contracting with, or state investment in businesses or individuals that promote or engage in activities to boycott, sanction, or divest in Israel and other American allied nations. This would prevent the state from becoming unwilling participants in a discriminatory agenda.

By passing the law, which was sent to the Assembly, New York joins several other American states that have already spoken out against BDS.

Last month, Florida became the fifth American state to pass a resolution condemning BDS, following the lead of Tennessee, whose state legislature was the first to pass a similar resolution against the movement.

Last May, the Indiana General Assembly also passed state legislature to pass a bill that formally opposes the BDS.

The Senate’s move came after the Indiana House of Representatives unanimously,  by a 93-0 vote, passed the anti-BDS House Resolution 59 on April 22.