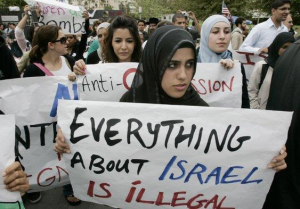 The British government is to announce measures aimed at preventing local councils, unions and other public institutions from launching boycotts against the State of Israel this week.

Cabinet Office Minister Matthew Hancock told The Times the new guidelines were important to prevent discriminatory boycotts against the Jewish state, which he said both stoked anti-Semitism and harmed the UK’s valuable trade relations with Israel.

The guidelines would enable the government itself to take action against organizations which boycott Israel, as well as empowering other bodies to take boycotters to court.

They would prevent any public body from promoting a boycott of country signed up to the World Trade Organization’s government procedural agreement, the paper reported.

Such boycotts have also been criticized by others as a waste of resources and utterly irrelevant for local bodies which don’t actually play any role in foreign policy. In most cases, such moves are launched at the initiative of extreme anti-Israel groups, who encourage activists to infiltrate otherwise apolitical organizations and table and lobby for anti-Israel boycotts.

“We need to challenge and prevent these divisive town hall boycotts,” said Hancock.

“The new guidance on procurement, combined with changes we are making to how pension pots can be invested, will help prevent damaging and counterproductive local foreign policies undermining our national security.”