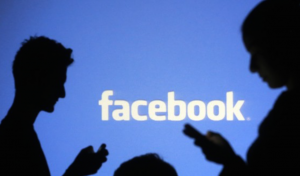 “One thing is clear: if Facebook wants to do business in Germany, then it must abide by German laws,” Maas told Reuters. “It doesn’t matter that we, because of historical reasons, have a stricter interpretation of freedom of speech than the United States does.”

“Holocaust denial and inciting racial hatred are crimes in Germany and it doesn’t matter if they’re posted on Facebook or uttered out in the public on the market square,” he added.

Maas sent a letter to Facebook public policy director Richard Allan in Dublin saying he received many complaints from users that their protests on racist posts have been ignored. He suggested meeting in Berlin on Sept. 14.

Maas is a leader of the center-left Social Democrats (SPD). The party faced a flood of racist emails, phone calls and bomb threat after its chairman Sigmar Gabriel denounced an anti-refugee “mob” behind anti-refugee violence in the eastern town of Heidenau.

The town near Dresden was the scene of violent clashes last weekend as far-right militants, protesting against the arrival of around 250 refugees at a local shelter, pelted police with bottles and rocks, some shouting “Heil Hitler.”

“The internet isn’t a place where laws are ignored, where indictable comments can be spread with impunity,” Maas said, adding he found it appalling that some were using Facebook to spread hatred against refugees and the Germans helping them.

“There’s no scope for misplaced tolerance towards internet users who spread racist propaganda. That’s especially the case in light of our German history.”

A spokeswoman for Facebook said the company took his concerns seriously and it was interested in meeting the justice minister. Maas said he was looking forward to the meeting.

“It’s in Facebook’s own inherent interest that it is not used as a platform for racist content,” he said.