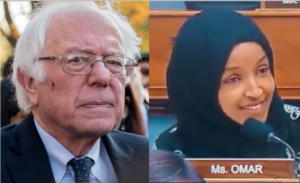 Senator Bernie Sanders is running again. Most observers consider him to immediately be one of the early front runners, but in a political party seemingly obsessed with identity politics, and ostensibly respectful of ethnic/religious roots, it’s certainly reasonable to explore the roots and connections of this Jewish-American who is now a leading candidate for President of the United States.

Bernie Sanders, now of Vermont, was born and raised in what has in many ways been the Jewish heart and soul of America – Brooklyn -and has an accent and intonation to match. Sanders was reticent during his previous election campaign regarding matters of his Jewish upbringing. He seemed especially reluctant to discuss his time in Israel, where he traveled with his first wife, Deborah Shiling, who also was Jewish (His second and current wife is not Jewish, nor are his children). Young Bernie had the distinction of volunteering for a few months in the mid-1960s in an Israeli kibbutz of the leftist- Zionist Hashomer Hatzair movement.

The 2016 Sanders campaign usually turned away queries about his Israel stay, as well as his Jewish background, preferring to talk about other ethnic groups, like African-Americans and Muslim-Americans.

Despite the numerous Jewish representatives in Congress, located almost entirely on the Democratic side of the aisle, the Jewish narrative is strangely missing.

In a political party that often seems to thrive on racial, ethnic, and/or religious pride when it comes to other groups, the amazing Jewish narrative seems to be missing. The historical story of the Jews includes a miraculous emergence from slavery in ancient Egypt, the receiving of the Ten Commandments on Mt. Sinai, the thousand-year kingdom of Israel, two-thousand years of national wilderness, combined with incredibly disproportionate success in the world despite great discrimination, persecution, and even mass slaughter. The reestablishment of Israel in 1948, coupled with the simultaneous achievements of Jewish-Americans are a splendid narrative of positive identity politics that the Democrats should be proud to speak about. Despite the numerous Jewish representatives in Congress, located almost entirely on the Democratic side of the aisle, the Jewish narrative is strangely missing.

When it comes to the absent Jewish narrative, Bernie Sanders may be Jewish, but he is no exception to the Democratic rule. In fact, rather than touting the free-market accomplishments of American Jews, attained not through “days of rage”, but entirely through education and hard work, Sanders has promoted vast and expensive social welfare programs that encourage the opposite.

On the foreign policy front, instead of working to strengthen the United States-Israel relationship, a bonding relationship of values that movingly brought Democratic President Harry Truman to tears, Sen. Sanders has criticized Israel for strongly responding to Hamas terrorist rockets fired at Israeli cities, supported the Iran nuclear deal which most Israelis on both the Right and the Left strongly opposed as an existential threat to the Jewish state’s survival, and opposed the moving of the American Embassy to Jerusalem, Israel’s capital for over 3,000 years. At times, he has defended Israel’s need to defend itself, but because of the increasingly strident anti-Israel stands of most of his far-left supporters, he has been more and more reluctant to side with the Jewish state.

Most troubling has been the candidate’s behavior in responding to the blatantly anti-Semitic statements of Rep. Ilhan Omar (D-MN), who was symbolically condemned by the Democratic House leadership, which nonetheless, allowed her to remain in her influential membership on the House Foreign Affairs Committee.

As reported in the Daily Beast, Senator Sanders reached out to Rep. Omar by calling her office to offer his support in the face of sharp criticism from both Democrats and Republicans that she trafficked in anti-Semitic tropes on Twitter.

According to Jewish Insider, Sanders was asked about Omar’s tweets on a conference call hosted by James Zogby, founder of the Arab American Institute and a former member of the Democratic National Committee’s executive committee.

“I talked to Ilhan last night to give her my personal support,” Sanders was quoted as saying. “We will stand by our Muslim brothers and sisters.” Zogby told The Daily Beast the call was off-record when contacted about the veracity of the reporting, but the source familiar with the lawmakers’ conversation confirmed the Jewish Insider story.

Sanders is free to live as a Jew in any way that he so chooses. That’s his personal business. His opinions on Israel, while grossly misinformed, are mainly guided by the left-wing politics in the new Democratic Party that he hopes to lead. It’s sad to see a Jew that is so disconnected from his roots that he hesitates about defending Israel when it’s under attack by Islamic terror groups. That is very troubling, but it’s almost understandable in a Democratic Party in which support for Israel is at a record low.

Omar’s antisemitic Tweets go back to 2012

What cannot be accepted in any way, shape, or form, is an expression of support for a habitual hater of Jews. Ilhan Omar, who, based on her history and ideology, is unlikely to change her stripes, as a committed supporter of Jihadist Islam and its terrorists that have intentionally maimed and killed Israeli civilians by the thousands.

Supporting such a knee-jerk bigot, Congresswoman or not, is a solid red line that cannot and should not be crossed, not by a Jew, not by an American, and definitely, not by a candidate for leader of the free world.

David Rubin is the former Mayor of Shiloh, Israel and Founder and President of the Shiloh Israel Children’s Fund, established after he and his three-year-old son were wounded in a terrorist shooting attack.

He is the author of three books, including his new book, Peace for Peace: Israel in the New Middle East. www.DavidRubinIsrael.com

More from the author ►
David Rubin can be found at www.DavidRubinIsrael.com  or at www.ShilohIsraelChildren.org
Category: Israel News | Tags: anti-Israel, Bernie Sanders