To deter any Israeli plans of action against Iran, the Biden administration has reportedly rejected an Israeli request to expedite delivery of 2 ordered tanker aircraft.

The US has rejected an Israeli request to fast-track the delivery of two tanker aircraft which had been ordered by Israel, as plans for a possible military option against Iran’s nuclear plan move forward, Ynet reported on Monday.

In October, sources in the Defense Ministry stated that senior Israel Air Force (IAF) officers had requested that the supply of four KC-46 tanker aircraft from the US be sped up, asking that two of the aircraft be delivered immediately. The officers asked that the other two be supplied within the next two to three years. 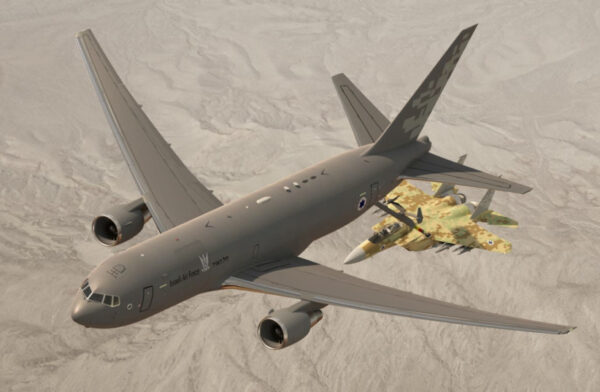 A Boeing KC-46 tanker belonging to the Israeli Air Force is photographed fueling a fighter jet in the air. – Photo: BOEING

According to the Ynet report, the IDF hopes to convince the US over the next year.

The US State Department approved the possible sale of up to eight KC-46 tanker aircraft and related equipment to Israel for an estimated cost of $2.4 billion last March, marking the first time that Washington has allowed Jerusalem to buy new tankers.

Israel was set to receive two of the Boeing-made planes by late 2023, and during former prime minister Benjamin Netanyahu’s last visit to Washington, he raised the issue that two of the eight tankers be supplied in the next year.

The KC-46 tankers will replace Israel’s Ram (Boeing 707) tanker aircraft that are required for long-range missions and nearing the age of 60.
Israel’s fleet of Ram planes, the number of which remains confidential, are former civilian aircraft adapted for military uses such as aerial refueling for fighter jets, as well as its fleet of transport aircraft. They were grounded last year.

The new KC-46 tankers can refuel jets with 1,200 gallons of fuel per minute by its fly-by-wire 55-ft. refueling boom. It also can have wing air refueling pods allowing three jets to be refueled at once within three to four minutes.

Such refueling aircraft would be critical for a strike on Iran, as a mission against Iran would need to travel over a thousand kilometers in each direction. 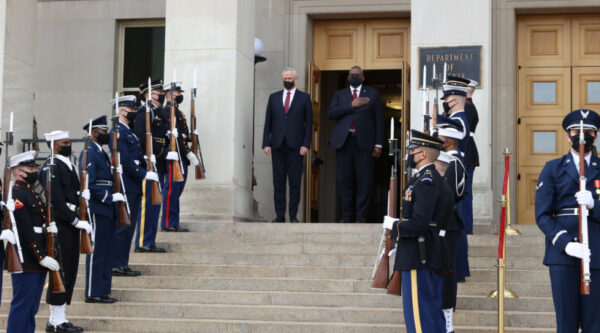 During a recent visit to the US, Defense Minister Benny Gantz updated American officials that he had set a deadline for when the IDF will need to complete preparations for an attack against Iran. There was no US veto to Israel’s plans, according to a senior diplomatic source.

The US and Israel are reportedly planning large joint exercises to prepare for a possible strike against Iran’s nuclear program.