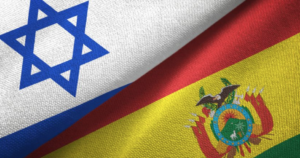 Bolivia will restore diplomatic ties with Israel, a decade after then-President Evo Morales severed relations because of the 2008-2009 Gaza war known as Operation Cast Lead, the South American country said on Thursday.

The renewal of ties with Israel was announced by interim Foreign Minister Karen Longaric as part of an overhaul of Bolivia’s foreign policy following Morales’s resignation this month.

Many Israeli tourists visited Bolivia before Morales cut off relations with Israel, and the hope is that they will return, Longaric said.

He said Israel’s Foreign Ministry had worked for a lengthy period to restore relations.

The ouster of Bolivia’s former hostile president, Morales, and replacement with a “friendly government” had also made it possible, Katz said.

Morales, who espoused socialism, claimed victory in an Oct. 20 presidential election. But opposition protesters alleged fraud and the military turned on Morales, forcing him to resign and seek asylum in Mexico.