A British team of arms-trafficking researchers surveying ammunition used by government forces and civilian militias over recent years in conflicts plaguing Kenya, Uganda, the Ivory Coast and what is now South Sudan, has been able to link them to Iran, the New York Times reported Saturday. 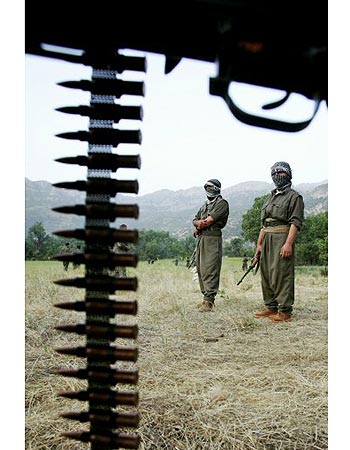 According to the findings, the ammunition bore no “headstamps” – a numeric or logo markings used in the arms industry to indicate the location and year of a cartridge’s manufacture –suggesting its producers hoped to avoid detection. Still, the researchers were able to trace it back to its manufacturer – in Iran.

The survey, which spanned two years, has been able to find identical cartridges circulating through the ethnic violence in Darfur, Conakry and Guinea as well, the NYT said.

The team than spent another six years trying to pinpoint the ammunitions’ origin. Their report stressed that “Their only goal was to solve the mystery, not implicate any specific nation.”

According to the report, the finding surprised the team, because while Iran has a well-developed military manufacturing sector, it is not considered to be a major player in the field.

Researcher believe, however, that Islamic Republic – crippled by the growing economical woes caused by the financial sanctions imposed by the West over its nuclear program – has expanded its dealings and that its state-manufactured ammunition “was distributed through secretive networks to a long list of combatants, including in regions under United Nations arms embargoes.”

Iranian cartridges have reportedly been found in the Ivory Coast and the Democratic Republic of Congo, as well as in possession of the Taliban in Afghanistan and groups affiliated with al-Qaeda in the Islamic Maghreb in Niger.

“And while the wide redistribution within Africa may be the work of African governments, the same ammunition has also been found elsewhere, including in an insurgent arms cache in Iraq and on a ship intercepted as it headed for the Gaza Strip,” the report said.

“If you had asked me not too long ago what Iran’s role in small-arms ammunition trafficking to Africa had been, I would have said, ‘Not much,'” James Bevan, director of Conflict Armament Research program, said. “Our understanding of that is changing.”