After extracting Israeli apology for the Marmara raid, Turkey has yet to fulfill its end of White House brokered reconciliation deal.

Despite the fact that Israel apologized to Turkey over the Mavi Marmara incident some three months ago, Ankara has yet to fulfill any of the commitments it took upon itself as part of the reconciliation agreement brokered by US President Barack Obama, Yedioth Ahronoth reported Wednesday. 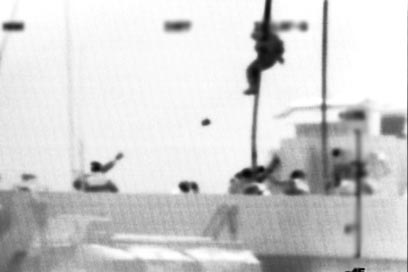 Senior Israeli officials who are familiar with the situation described Turkey’s conduct as humiliating and disrespectful, adding that it exposes IDF soldiers and officers who took part in the 2010 raid on the Gaza-bound Turkish ship to lawsuits by the victims’ families. Nine Turkish nationals were killed during the commando attack on the vessel.

As part of the reconciliation agreement, Prime Minister Benjamin Netanyahu told his Turkish counterpart Recep Tayyip Erodgan that Israel would compensate the victims’ families and also substantially lift the restrictions on the transfer of goods to Gaza.

A statement issued by the Prime Minister’s Office at the time said the countries agreed to normalize diplomatic relations, including an exchange of ambassadors. Erdogan, according to the statement, said Turkey would terminate all legal proceedings launched against IDF soldiers who were involved in the raid and would prevent similar legal action in the future.

However, following Netanyahu’s apology, the Turks appeared to be in no hurry to fulfill their end of the deal. Israel agreed to pay $5 million in restitution, while Ankara demanded $40 million. During talks held over the past few days the Turks have expressed their agreement to receive $24 million from Israel, while the Israeli side raised its offer to $14 million – a regular Turkish bazaar.

And if this wasn’t enough, the Turks announced they could not guarantee that IDF soldiers and officers who were involved in the raid, including former IDF Chief Lt.-Gen. (res.) Gabi Ashkenazi, would not be prosecuted, claiming that in Turkey the “executive branch cannot influence the judicial branch.”

According to the Turks, Erdogan cannot act to stop the legal proceedings while anti-government protests are taking place because he does not want his constituents to view him as being pro-Israeli.

In light of Turkey’s conduct, Israel is considering the possibility of exacting a diplomatic price from Ankara with the help of a pro-Israeli Congressman. “After they fed us smelly fish and ran us out of town, it’s time that the Turks pay a price for their nasty behavior,” a senior official said.