Canada again backs Israel at the UN when Europe does not 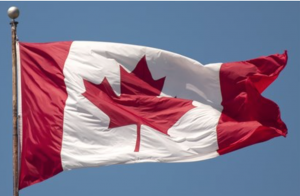 Trudeau’s government, as did former Liberal PM Paul Martin’s and Conservative PM Stephen Harper’s, continue to take the morally correct path by not voting against resolutions singling out only Israel, as Europe has joined the jackals of the United Nations.

Canada once again backed Israel at the UN last week when it voted against the World Health Organization’s (WHO) resolution singling out only Israel for “mental, physical and environmental health” rights abuse.

Prime Minister Justin Trudeau’s Liberal government joined Israel, the United States, Australia, Paraguay, Guatemala, Micronesia and Papua New Guinea as the only countries to vote against the resolution, which was co-sponsored by the Arab Group of States and the Palestinian delegation.

This marks the second time since Trudeau took office in November 2015 that Canada has voted against anti-Israel resolutions at the United Nations.

Shortly after Trudeau took office, Canada voted against the six resolutions condemning Israel which were passed by the UN General Assembly

This policy of supporting Israel at the UN began during former Liberal Prime Minister Paul Martin’s time in office and continued during the tenure of former Conservative Prime Minister Stephen Harper, a supporter ally of Israel.