By REUTERS
SURREY, British Columbia – Canadian police said on Tuesday they foiled an al-Qaida-inspired plot to detonate three pressure-cooker bombs during Monday’s Canada Day holiday outside the parliament building in the Pacific coast city of Victoria, arresting a Canadian man and woman and seizing their home-made explosive devices. 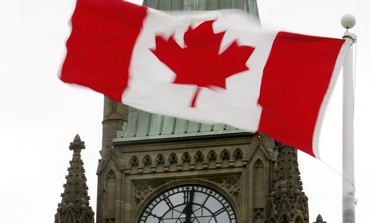 Police said there was no evidence to suggest a foreign link to the planned attack, which targeted public celebrations outside the parliament building in Victoria, capital of the province of British Columbia.

They declined to detail any links between the two Canadians and the al-Qaida network. They also said they were not aware of any connection to the April 15 bombings at the Boston Marathon in which three people were killed by devices built from pressure cookers.

“They took steps to educate themselves and produced explosive devices designed to cause injury and death.” Police said there was no risk to the public at any time because they began monitoring the suspects in February and had known all along what was happening.

Canada Day is the equivalent of the July Fourth Independence Day celebrations in the United States, with street parties, barbecues and fireworks displays.

The Canadian spy agency, CSIS, has expressed concern that disgruntled and radicalized Canadians could attack targets at home and abroad.

In April, Canadian police arrested two men and charged them with plotting to derail a Toronto-area passenger train in an operation they say was backed by al-Qaida elements in Iran.

Police also say Canadians took part in an attack by militants on a gas plant in Algeria in January.

Canadian resident Ahmed Ressam, an Algerian citizen, tried to cross into the United States from British Columbia on a mission to blow up Los Angeles airport in 2000 and is serving 37 years in a US prison.