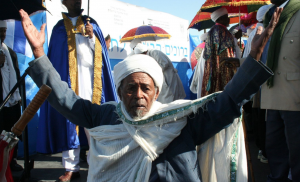 The International Christian Embassy Jerusalem is donating $500,000 to cover the cost of flights for 523 Ethiopian Jews to Israel.

The International Christian Embassy Jerusalem (ICEJ) announced Wednesday that it is sponsoring the first wave of renewed Ethiopian aliya. The government reached an agreement in July to bring 9,000 Falash Mura to Israel by the end of 2020, beginning with 1,300 Ethiopians who are expected to arrive by the end of 2016. This followed a more than two-year hiatus after a declaration of the “end of Ethiopian aliya,” which left many families separated. 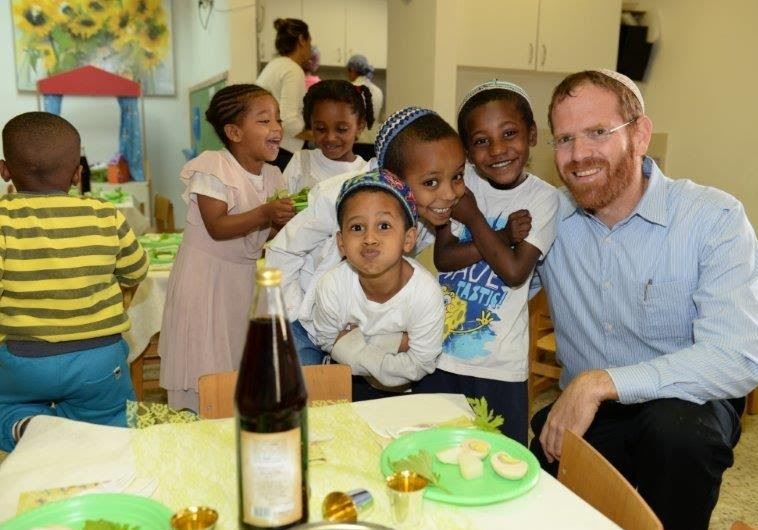 The ICEJ, which belongs to the evangelical denomination of Christianity, said it had handed over $500,000 to Keren Hayesod to cover the cost of flights for 523 Ethiopian Jews, as well as to sponsor flights for another 104 Jewish immigrants due to make aliya soon from France and the Ukraine.

Additionally, over the coming months ICEJ aims to raise enough funds to sponsor the entire first year of renewed Ethiopian aliyah, as well as additional monies to assist with their absorption into the country.

“Our Christian supporters have always been generous and enthusiastic in giving towards our aliya projects, especially when they take on such a humanitarian mission as this renewed Ethiopian return,” said ICEJ Executive Director Dr. Jürgen Bühler, noting that African Christians are among the generous donors supporting the initiative. “These are people who are endangered by tribal conflicts and unrest while also suffering through times of severe drought and flooding. But now they will be lifted out of difficult and impoverished conditions, and finally be reunited with their families already in Israel.”

The organization stresses the importance of supporting the absorption of the olim once they arrive in Israel, helping them learn the language and culture of their new country and aiding the youngsters among them to integrate into the education system.

“I always like to emphasize the challenges they will face upon arrival because of the tremendous gaps between Ethiopia and Israel – culturally, education-wise, with high-tech etc. They face some of the greatest difficulties in adapting to life here – more so than other new immigrants,” explained ICEJ Aid director Nicole Yoder.

The first Ethiopian families are expected to arrive in Israel by Sukkot, in time for the ICEJ’s annual Feast of Tabernacles celebration in mid-October. This event came under fire last year when the Israel’s Chief Rabbis David Lau and Yitzhak Yosef accused the group of seeking to convert Jews to Christianity. The group has always insisted that it does not engage in any missionary activity at all and expressing disappointment at the accusation, suggested that the rabbis had been “set up.”

The organization, founded in 1980, says its goal is “To stand with Israel in support and friendship; to equip and teach the worldwide Church regarding God’s purposes with Israel and the nations of the Middle East; and to be an active voice of reconciliation between Jews, Christians and Arabs; and to support the churches and congregations of the Holy Land.”

The ICEJ has sponsored the aliya of nearly 120,000 Jewish immigrants to Israel, and assisted with the successful absorption of tens of thousands more.

Jeremy Sharon contributed to this report