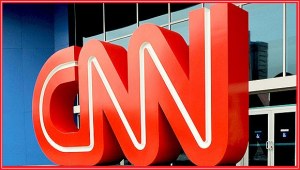 Donald Trump’s nominee for US ambassador to Israel, David Friedman, bragged in a speech on the eve of the 2016 election that he had succeeded in removing references to the two-state solution to the Israeli-Palestinian conflict from the Republican party platform and said liberal American Jews were not “a pro-Israel force,” CNN revealed on Thursday.

“The liberal Jewish community has not been a friend, not been a pro-Israel force in this country. The danger of that community and the J-Street community is that it enables people like Hillary Clinton to say, ‘what are you talking about. I’m not anti-Semitic, I’m not anti-Israel, I’m supported by two-thirds of the American Jewish community.’ And she’s not wrong when she says that. And that’s an issue and we face it every day and it’s not getting any better.”

In the November speech, Friedman stated that Republicans had “put together a platform that frankly, by a wide margin, is the most pro-Israel of either party in the history of this country. There is no longer a reference to a two-state solution, which has been a — this is important, the state solution an important, I don’t want to minimize this — but just for now no reference to a two state solution. Which was identified by George Bush as an American imperative and certainly has been followed by Obama as an American imperative. And most importantly, the Republican platform with respect to Judea and Samaria, Israel is not an occupier — which is contrary to 50 years of UN positions and frankly mostly that long of the position of the United States.”

Freidman apologized during his confirmation hearing last week for some of the more inflammatory comments he made during the election campaign.

“The inflammatory rhetoric that accompanied the presidential campaign is entirely over, and if I am confirmed, you can expect my comments to be careful and measured,” he said.