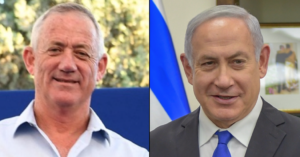 Israeli soldiers and commanders may also be on the hot seat at The Hague before the International Criminal Court, but Tuesday’s hearing, which also happens to be Election Day, is a local Dutch court proceeding that is unrelated to that.

In fact, the ICC preliminary probe of Israel’s conduct of the 2014 war is moving slowly and is not expected to come to any conclusion earlier than December, with real progress possibly even farther off.

A statement about the case from the Palestine Justice Campaign said that the case relates to Ismail Ziada and is against Gantz and former IDF Air Force Chief Maj. Gen. (res.) Amir Eshel for allegedly killing six members of Ziada’s family.

Ziada is claiming that the IDF prosecution uses discriminatory practices against Palestinians which prevent him from receiving justice in Israel.

According to the principle of universal jurisdiction, some countries, especially in Europe, allow prosecution of foreign officials for war crimes if the local state refuses to prosecute.

All prior attempts at using universal jurisdiction against Israeli officials – sometimes described as “lawfare” – have failed with European courts finding that they did not have jurisdiction for a variety of reasons, though some Israeli victories came only at the appeals level or from executive branch intervention.

According to reports, the IDF declined to prosecute anyone in the Ziada case because the civilians who were killed were legal collateral damage in a strike of a Hamas war room in which multiple Hamas members were also killed.

The IDF’s general position is that it tried hard to limit civilian casualties by warning civilians to leave conflict areas, but that if Hamas embeds itself within civilian locations, the Hamas act of embedding makes those locations liable to attack – assuming the rules of proportionality are also met.

“The IDF is the most moral army in the world and I am proud to have served in it for almost 40 years and to have commanded it. As prime minister, I will continue to give my full support to the IDF in all arenas,” Gantz said in response to the case.