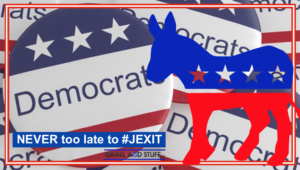 “By weaponizing anti-Semitism and hate to silence debate, AIPAC is taunting Democrats and mocking our core values,” she charged.

The American Israel Public Affairs Committee declined to comment. The lobby removed and apologized last week for at least two Facebook ads that slammed “radical” Democrats in Congress, and altered an online petition that said Israel’s harshest critics in Congress pose a threat “maybe more sinister” than ISIS and other terror groups.

On Twitter, McCollum rejected what she called AIPAC’s “non-apology.” In its statement of apology, AIPAC said the ad was poorly worded” and “inflammatory,” but also said it “alluded to a genuine concern of many pro-Israel Democrats about a small but growing group, in and out of Congress, that is deliberately working to erode the bipartisan consensus.”

One of the ads was illustrated by a collage of three of Israel’s toughest critics in Congress, including McCollum, who is the lead sponsor of a bill that would link Israel’s assistance to its treatment of Palestinian Arab juvenile detainees.

The bill, known as the Promoting Human Rights for Palestinian Children Living Under Israeli Military Occupation Act, H.R. 2407, was proposed by McCollum last year. It would authorize the creation of an annual $19 million fund to support non-governmental organizations that monitor rights abuses pertaining to the Israeli military’s alleged detention of children.

McCollum publicly rebuked AIPAC in 2006 after a lay leader of the group lashed out at her for backing funding for Palestinian Arabs, noted JTA.

Biden’s stance is different than that of Senator Elizabeth Warren (D-MA), who last week indicated she would skip the AIPAC conference next month and did not push back against questionable assertions about the lobby.

Vermont Senator Bernie Sanders has said he would not object to attending AIPAC while former South Bend Mayor Pete Buttigieg said he would have to check his schedule.

Buttigieg and Sanders were among several Democratic presidential hopefuls who declined to speak at last year’s AIPAC conference.