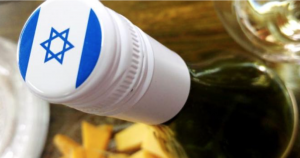 “Labeling was created to ensure food safety, but has become a political tool to pressure the Jewish state,” bias, director of the Christians for Israel group said in a statement as reported in JTA.

According to the report, the Dutch Christians import 120,000 bottles of Israeli wine every year, as well as Dead Sea cosmetics and other Israeli products through their Israel Products Center near Amsterdam. Holland’s Ministry of Economic Affairs and Climate Policy applied pressure on the Christians to label the Israeli products according to regulations of the European Commission that apply to goods coming from Judea, Samaria, eastern Jerusalem and the Golan Heights.

“These are anti-Jewish regulations to me. They mean separating products made by Jews and Arabs,” Oordt said. The group refused to comply with the politically-motivated anti-Israel laws.

In its recent catalog, the Israel Products Center urged his customers to purchase wine, dates and olive products produced in Judea and Samaria. “Now the government wants to say on our products that they’re not from Israel,” Oordt said, referring to the EU regulations requiring goods produced in Israeli settlements to be labeled as originating in “Palestinian” territory.

“So we must tell our customers that it’s not true,” the Dutch Christian Zionist insists.