Minister says it is “absurd” that Israel should experience power shortages while the “terror entity next to us will get electricity.”

Environmental Protection Minister Gilad Erdan on Sunday called on the government to cut off the supply of electricity to the Gaza Strip in order to avoid electricity shortages it is feared could affect Israel this summer. 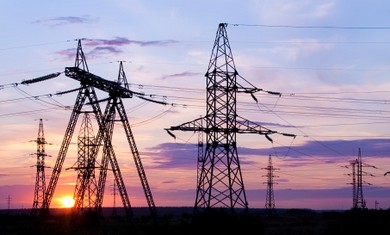 Speaking in an interview with Army Radio, Erdan said that Gaza has its own power stations and legally, it is not clear that Israel is responsible for supplying power to Gaza, especially after Israel’s 2005 disengagement from the terrotory. Gaza’s power plant provides electricity to two-thirds of its population. Power is also supplied to the Gaza grid through power lines from Israel and Egypt.

Erdan said that it is “absurd” that Israel should experience power shortages while the “terror entity next to us will get electricity that they don’t pay for.” The Energy and Water Ministry expects shortages in Israel between June and September.

The environmental protection minister said that the four percent of power supplied to Gaza could prevent outages in Israel at times of peak usage.

Erdan stated that while “water and energy are supposed to be outside the conflict” if their is no choice and Israel needs the energy than he sees no legal obligation to provide Gaza with the electricity.

Erdan stated that former attorney-general Menahem Mazuz said that their were legal problems with cutting off electricity to Gaza when the measure was considered as a way of combating Hamas during Operation Cast Lead in 2009. Erdan said that in that instance Mazuz had stated that the move was illegal because it constituted “collective punishment” on the civilian population of Gaza, but the circumstances were completely different in this case, as the cuts would be made not as punishment, but rather as a result of need.

The environmental protection minister said that while he was not advocating regime change in Gaza, because alternative groups leading Gaza could be worse for Israel, he was also against strengthening and making agreements with Hamas.

Energy and Water Minister Uzi Landau last week recommended a 30-megawatt increase in solar rooftop allocations, as part of a government proposal he submitted for coping with the expected electricity shortages this summer.

The cabinet was expected to discuss measures for dealing with the shortages on Sunday. Erdan sent government ministers a letter outlining his proposal for cutting electricity to Gaza ahead of the discussion.