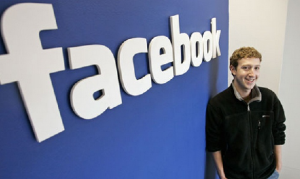 Of the 6,800+ patent applications submitted to the Israel Patent Office in 2017, Facebook leads with 94 requests.
• The Hebrew University of Jerusalem, Tel Aviv University and the Technion [Israel’s Institute of Technology], top the list of applications by Israeli institutions.

A total of 6,805 patent applications were submitted in Israel in 2017, the Israel Patent Office said on Tuesday.

The technological arms of the Hebrew University of Jerusalem, Tel Aviv University and the Technion-Israel Institute of Technology topped the list of Israeli corporations that applied for patent registrations.

The number of trademark applications rose 14% from 2016, with 75% of filings coming from non-Israeli entities. Out of the 10,641 applications, 8,441 resulted in registered trademarks, the patent office said.

Facebook also led the pack when it comes to applications for design patents, with 54 filings, followed by Swedish auto manufacturer Scania (29) and household appliance giant Dyson (26).

“Many Israeli companies have yet to harness the international system to their advantage and have yet to understand the importance of registering trademarks and patents, unlike foreign companies,” said Dor Cohen Zedek, head of the trademark, designs and litigation departments at Pearl Cohen Zedek Latzer Baratz, an international law firm specializing in intellectual property.