Fatah official Azzam al-Ahmed, said Hamas will no longer be recognized as a partner in the process after implementation of decisions agreed upon with Israel. 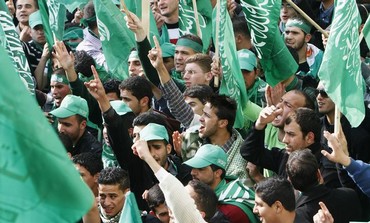 Ahmed did not specify the nature of the decisions.

However, he said that Hamas would no longer be considered a partner in any process after the decisions are taken by the PA leadership.

The official denied that the PA leadership in the West Bank was considering declaring the Gaza Strip a “rogue entity.”

However, he said that Hamas would no longer be considered a partner in any process after the decisions are taken by the PA leadership.

The official denied that the PA leadership in the West Bank was considering declaring the Gaza Strip a “rogue entity.”

PA President Mahmoud Abbas had already declared the Gaza Strip a “rebellious entity” back in 2007 after Hamas seized control of the area.

But Abbas’s decision then did not stop him from continuing to seek reconciliation with Hamas and from reaching three unity agreements with its leaders.

Nor did Abbas’s decision back then stop the PA from allocating about 55 percent of its annual budget to the Gaza Strip.

Tens of thousands of Palestinians in the Gaza Strip have since continued to receive salaries from the PA, although most of them have been left jobless after Hamas took control of the enclave.

Sources close to the PA said that the “painful decisions” planned by the PA leadership may include cutting off financial aid to the Gaza Strip.

The crisis in Egypt has further escalated tensions between Fatah and Hamas.

While Fatah supports the ouster of president Mohamed Morsi, Hamas has strongly condemned the move as a military coup.

Morsi’s removal from power has left many PA and Fatah officials hoping that the Egyptian experience would be copied in the Gaza Strip.

Hamas spokesman Sami Abu Zuhri accused Fatah of “political extortion” and attempting to recruit “outside parties” in its campaign against the Islamist movement.

“We call on Fatah to abandon the illusion of ousting Hamas from power,” Abu Zuhri said. He accused Fatah of inciting the Egyptians against Hamas and Palestinians in the Gaza Strip.

Wasfi Qabaha, a senior Hamas official in the West Bank, insisted that the PA leadership was considering declaring the Gaza a “rogue entity.”

He said that the purpose behind such a move was to show the world that Hamas had revolted against Palestinian “legitimacy.”

Other Hamas officials said that the PA was trying to drive a wedge between their movement and the Egyptians, with the hope that the Egyptian army would intervene.

Emad al-Ifranji, a Hamas-affiliated political analyst, said that no force in the world would be able to remove Hamas from power.

He said he did not rule out the possibility that the PA would seek the help of Israel to regain control over the Gaza Strip.

In a related development, Fatah and other Palestinian factions rejected Hamas’s offer to participate in managing the affairs of the Gaza Strip. The offer was made last week by Hamas Prime Minister Ismail Haniyeh.

The factions said that the proposal would only consolidate divisions among the Palestinians and save Hamas from its current crisis.