‘How can a dignified sports club honor a murderer?’

Palestinians against FC Barcelona: The Catalan football club has decided to invite former Israeli captive Gilad Shalit to be the guest of honor at its Super Clasico match against Real Madrid on October 7 and present him with a club medal. 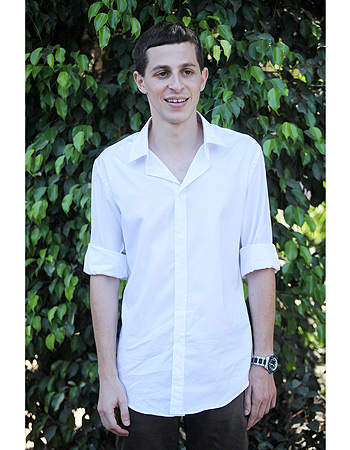 The invitation has provoked controversy and protests from several pro-Palestinian groups. Hamas has announced a media boycott of Barcelona in response to the move.

According to a statement issued by a prisoners’ organization in Gaza, “Gilad Shalit’s invite is a new cover up of Zionist crimes under the pretense of sports. How can a dignified sports club, which calls for culture and humanity, invite a murderer and criminal like Shalit to honor and thank him?”

The Palestinian press has called on Arab sports and soccer unions to protest the decision.

Hamas official Attallah Abu Al Subah said that, as of Thursday, no TV station in Gaza will broadcast Barcelona matches and no papers in the coastal strip will write about the club.

The anger stems from the fast that FC Barcelona is the most popular soccer team in the Palestinian territories. The club’s striped jerseys are famous among all residents of the West Bank and Gaza, local children wear the shirts and the club’s stars are their heroes.

According to the Palestinians, Shalit was invited following efforts made by “the Zionist lobby in Europe.” They are demanding that the Muslim, Arab and Palestinian community in Europe protest the invitation.

According to Spanish newspaper El Pais, the pressure has worked. The newspaper quoted Palestinian Ambassador to Spain Musa Amer Odeh as saying that “Shalit fired from a tank at Gaza and inflicted casualties, most of them civilian. He was not kidnapped, but a prisoner of war.”

Pro-Palestinian organizations sent a letter to the president of Barcelona, Sandro Rosell, asking him to withdraw the invitation.

Social activist Jorge Sanchez, who heads an organization calling for a boycott of Israel, wrote to Rosell that he was surprised by the treatment of “the only Israeli soldier held captive in recent years, while the 4,660 Palestinian prisoners held in Israel are being ignored.”

The letter further added, “The protests held ahead of the basketball game between Barcelona and Maccabi Tel Aviv in 2011 are nothing compared to what we are planning at Camp Nou (Barcelona’s soccer stadium).”

A source in the Catalan club told AFP, “We received a request from an Israeli minister to invite Shalit, and we accepted. It should be made clear that Barca takes no position through this invitation in the Israeli-Palestinian conflict. We recall that in 2011 the club’s vice president, Carles Villarubi, received Palestinian leader Mahmoud Abbas and showed him the club facilities.”

A Gilad Shalit associate said in response, “We know nothing about it. If this is true, we trust the Israeli and Spanish security forces. Let’s hope that this is much ado about nothing.”

AP and AFP contributed to this report