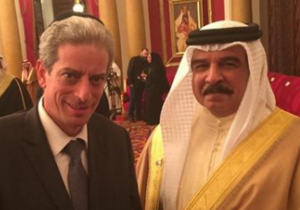 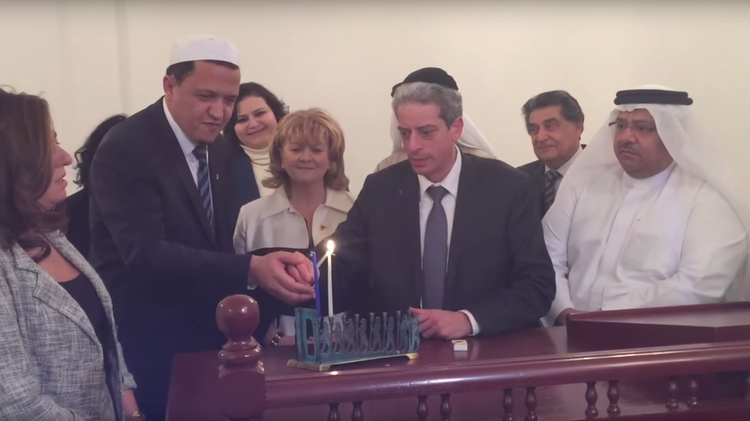 French Rabbi Moshe Levin of the Conference of European Rabbis (CER) along with French Imam Hassan Chalghoumi traveled to Bahrain under invitation from King Hamad bin Isa Al Khalifa to join a special interfaith conference hosted at the the palace in Manama.

Rabbi Levin serves as a close adviser to France’s chief rabbi ,and also as rabbi of the French National Gendarmerie.

Greeting his guests for a special interfaith meeting, King Al Khalifa said that “the call to war against terror needs to come from the leaders of all the religions as one.”

“Here in Bahrain members of all the religions live with no fear, and we will continue to allow Jews to live peacefully and quietly, maintaining their lifestyle, their customs and the commandments of their religion without any fear,” he continued.

“A little light drives off a lot of darkness,” Levin told the king, according to a CER press release. “Bahrain under your rule is a little light in a dark world of radical fundamentalism.”

Following the interfaith meeting Rabin Levin, along with members of the Jewish community, local Muslim neighbors, representatives of the royal house and the parliament, celebrated the second night of Hanukkah by lighting candles at Manama’s synagogue.

Former Bahrain Ambassador to the US and a member of the Jewish community, Attorney Houda Ezra Ebrahim Nonoo described the significance of the rabbis’ visit and the ceremony.

“Since 1948 a Hanukkah candle hasn’t been lit in the synagogue in Bahrain,” she said.

After the declaration of Israel’s independence was declared on May 14, 1948, anti-Jewish sentiments ran high across the Middle East.  The synagogue in Bahrain was destroyed during riots that followed the declaration.  Many Jews left Bahrain, but those who remained rebuilt the synagogue.

The Jewish population in the island country continued to dwindle over the decades and eventually stopped using the building on a regular basis.

Today Bahrain’s Jewish population is estimated to be between 36 and 50 people.