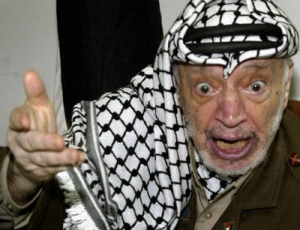 Arafat, who signed the 1993 Oslo interim peace accord with Israel but led an uprising after subsequent talks broke down in 2000, died aged 75 in a French hospital four weeks after falling ill.

The official cause of death was a massive stroke, but French doctors were unable at the time to determine the origin of the illness and no autopsy was carried out.

An investigation was opened in August 2012 at the request of Suha Arafat, and his remains were exhumed for tests that were examined separately by French, Russian and Swiss experts.

The Swiss reported their results were consistent with but not proof of poisoning by reactive polonium. The French concluded he did not die of poisoning and Russian experts were reported to have found no traces of polonium in his body.