Parisian Jews describe their feelings and emotions experienced after multiple Islamic terror attacks. ‘We were really scared, at least in Israel we feel safe.”

Paris awoke to a new reality on Saturday morning. Jews or Israelis may not have been the target of the attacks, but members of the community were taking every precaution in the wake of the terror. “There are orders to close schools and education facilities, both Jewish and public for the coming days, there is widespread panic,” a Hashomer Hatzair representitive, Yonathan Hefetz, said in a conversation with ynet. 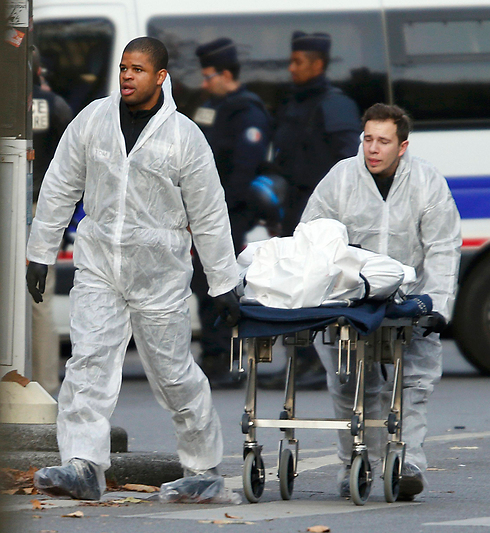 The Israeli Embassy has said that all Israeli representatives in Paris are safe, and there were no Israelis known to be among the casualties.

“The feeling in Paris is tough. It’s really tense, “Hafetz said. “We can’t go out. I am currently in Paris’s 4th quarter, the Jewish area, and staying with friends because I couldn’t get home. There are police in the streets. We can see that they are stopping every car in the street and inspecting its passengers.”

According to him, there are no real similarities between the “Hyper Cacher” and Charlie Hebdo attacks last year. “The attacks are similar to those conducted against Israel, in the sense that there is a feeling of lack of control and security, because we don’t know where the next attack will take place.” Hashomer Hatzair activities planned for Saturday have been cancelled according to him, “It wasn’t an easy decision, but it had to be made.”

Noa Radosh, a 23-year-old Jewish resident of Paris who recently finished studying in Israel, was at a family dinner during the attack. “I am staying with a family and they were shocked, looking at the news and they couldn’t believe what was happening.”

“People were trying to reach out to their friends and family, and one of my family members was out with friends and didn’t answer her phone. We were really scared. I want to go home, at least in Israel I feel safe,” she said.

Simmon Wasserman, a resident of the city told ynet, “People in the street were shocked, My girlfriend was eating with a friend at a restaurant, in another highly frequented area. So I left home and went to tell her and her friend about what was happening,” and added.

“Honestly we knew it was going to happen again, but just not that quickly, after the January attacks” Wasserman added.

Erika Bendayan, and Israeli citizen visiting Paris described the city as tense and flooded with security personnel. “The airport is very empty, and there were military everywhere on the way,

all over the streets,” she said.