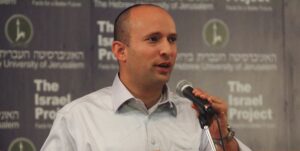 Speaking at a state ceremony at the military cemetery on Mount Herzl in Jerusalem honoring the soldiers killed during the 2014 war with Hamas, dubbed Operation Protective Edge, Bennett gave his first public address as prime minister, saying that Israel’s patience for rocket attacks has been exhausted. 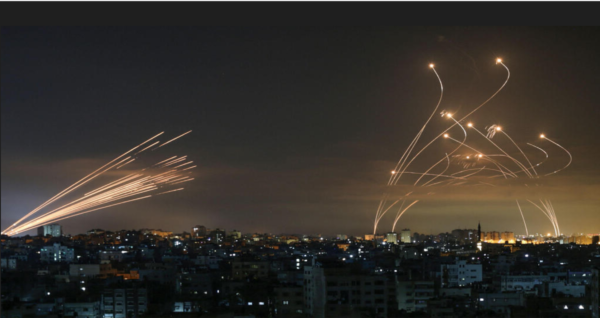 Iron Dome automatically activates in the sky over Israel (right) to neutralize the rocket barrage (left) fired by terrorists groups in Gaza, May 14, 2021 – Photo: AFP

“The operation was a battle by a country to defend its citizens,” Bennett said of the 2014 war. “Seven years have passed, but the war over our existence continues.”

“Our position is clear. We have no intention of attacking those who do not threaten us, but when the time comes, we won’t tolerate any violence or sporadic [attacks].”

“The Gaza Strip will have to get used to a new Israeli approach, one of initiative, one of firmness, and of innovation.”

During Bennett’s address, the father of a soldier who died during the 2014 Gaza operation interrupted the prime minister, shouting: “We learned during Operation Guardian of the Walls that we can carry out an operation without sending in ground troops into Gaza. Why did it take Protective Edge to figure that out? You were one of the people who called on the Prime Minister to send them into Gaza.”