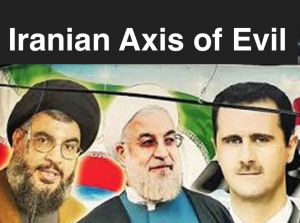 Shiite terror organization’s leader warns the Jewish State in an interview with Al Mayadeen, that his group’s missiles could reach any point in Israel, including its ‘biological research institutes, petrochemical plants, and nuclear reactors.’ 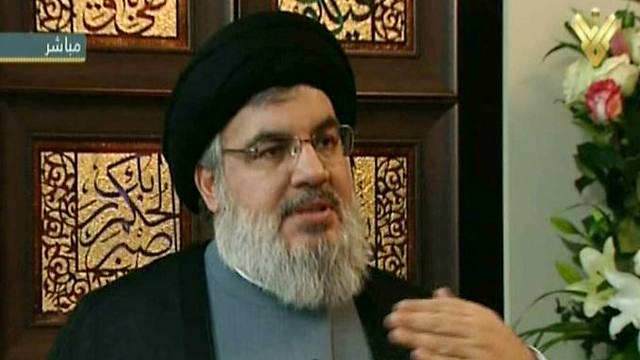 In an interview with Lebanese channel Al Mayadeen, Nasrallah said that Hezbollah’s missiles can reach every part of Israel, including “petrochemical plants, biological research institutes and nuclear reactors,” which are all on the terror organization’s list of targets.

“If Israel realizes its threats to destroy cities and send Lebanon dozens of years back into the past, then we would have the right to defend ourselves and hit any target,” Nasrallah added.

The Hezbollah chief said jokingly that only a fool would wage war against Lebanon, and that “the Israelis aren’t fools.”

When asked about the weapons in Hezbollah’s possession, Nasrallah said his organization has the right to obtain any arms it wants.

Regardless of his threats, the Hezbollah secretary-general rejected any possibility of a war against Israel in the foreseeable future. “However, I cannot determine this for certain,” he added.

Nasrallah further claimed that “there are those in the Zionist entity” who think Israel could conducted military operations, like attacking a limited number of targets, under the assumption Hezbollah will not respond.

“I tell anyone who thinks that way that they’re wrong. We will not agree to this kind of a campaign,” he said, stressing that “our response to any attack will be in a manner that serves the goal of defending the country. Israel should expect anything from us.”

These violations, he argued, were part of Israel’s preparations for war. “This is the enemy’s eyes.”

Nasrallah also wondered why the UN Security Council and the Arab League don’t do anything about the fact there’s “an Arab state whose sovereignty is violated every day.”

When asked about Russian intervention in Syria and about Moscow’s cooperation with Israel, he argued that Russia was not part of the “resistance axis” that includes Hezbollah, Syria and Iran.