The IDF said it shelled two Hezbollah targets in southern Lebanon in response to the border bombing. Some 30 minutes after the incident a second explosion occurred on the border. There were no injuries or damage in the second blast.

The soldiers received initial emergency medical treatment on the spot, before being evacuated away from the Lebanese border to hospital for further treatment.

“The IDF sees this incident as a gross and violent violation of Israeli sovereignty, and sees the Lebanese government and Hezbollah as responsible for any attempt to harm Israeli soldiers or civilians,” the military said in a statement. “The IDF reserves the right to act in any way, and at any time, to defend the citizens of the state of Israel.”

Lebanese media reported heavy Israeli artillery shelling targeting the areas near Kfar Shuba and the Sheba Farms in Lebanon. The reports also stated that Israeli drones were seen flying over the site of the explosions. 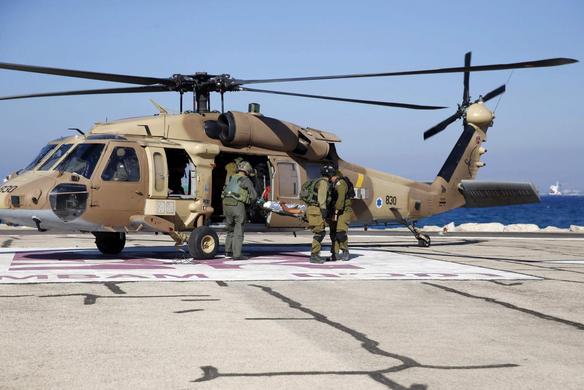 The incident came after IDF soldiers opened fire on a cell trying to infiltrate Israel from Lebanon on Sunday.

An IDF unit dealing with operational security identified the men crossing the border, heading into Israel.

The soldiers opened fire with small arms, apparently hitting one of the infiltrators.

“The cell fled back into Lebanese territory,” the army said.