With a budget of $526 million, work just began constructing an above/below-ground barrier on Israel’s border with Gaza, beginning primarily opposite Israel’s border communities.

Residents of the Sha’ar HaNegev Regional Council will be able to look out their windows and watch the IDF work on the new project meant to restore the feeling of security to the residents of the South.

The IDF has been working on a project called “barrier,” which will see a giant above and underground wall completely encircle the Gaza Strip. The barrier, which is estimated to cost approximately NIS2 billion, will reach several stories underground, and will also be several stories above ground. This barrier will defend against Hamas cross-border attack tunnels.

“They will understand that they’re digging death traps for themselves,” said a high ranking Hamas official.Construction has begun along all towns considered to be “next to the fence” with Gaza.

It’s already possible to see the construction of this massive wall alongside one of the towns in the Sha’ar HaNegev Regional Council. The project has already received NIS600 million in funding.

IDF Chief of Staff Gadi Eisencott has called the project the “largest project” ever carried out in the history of the IDF. The residents of the south are following the project closely, knowing that this is the most ideal solution to prevent against the tunnels.

However, despite the importance of the project, it is at risk of being de-funded, as no money has been allocated to the project for fiscal years 2017-2018. However, officials from the Ministry of Defense have clarified that the project will not be delayed, and the Ministry of Finance has said that there is in fact a budget for the project. 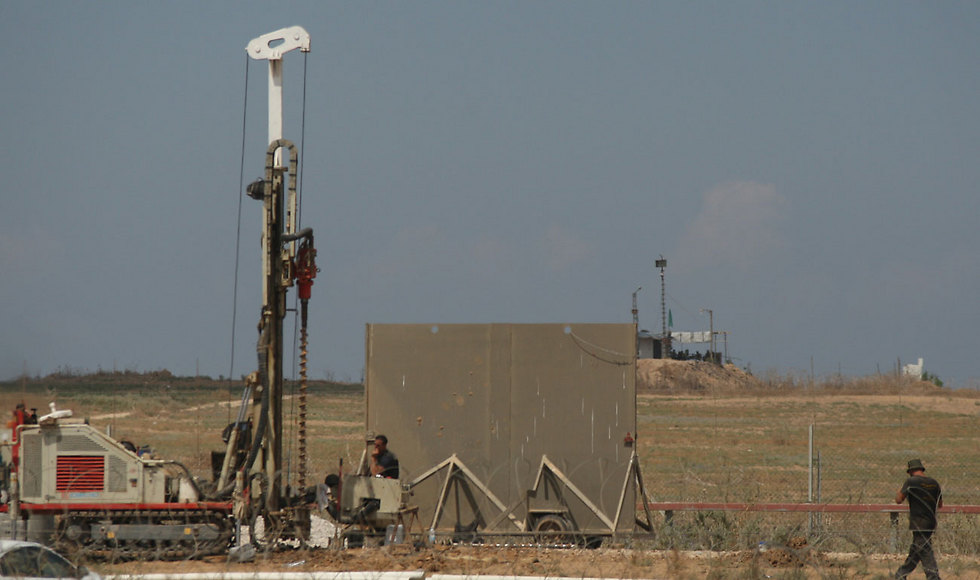 Finance Minister Moshe Kahlon even stressed this fact during his last visit to the Gaza border communities, saying “money will not be a barrier to erecting the barrier.”

Never-the-less, residents of the Gaza border area worry about work being stopped.

“Prime Minister Netanyahu promised that the monies will not be a limiting factor (for the construction of the barrier), and he must stand by his word,” said MK Haim Yelin (Yesh Atid) and resident of Kibbutz Nahal Oz, located less than a mile from Gaza. “Creating a budget for each section of the barrier will triple the cost, thus potentially stopping the project.”