IDF troops on Saturday uncovered some 700 kilograms of hashish near the Israel–Egypt border, making what was deemed to be the biggest drug smuggling bust this year.

The drugs, worth over $2.5 million, were divided into 28 packages and placed inside two off-road vehicles, which were deserted in the Ezuz region. The authorities were looking into the possibility that the vehicles were waiting to be picked up by smugglers on the receiving end of the deal. The police’s Magen Unit has launched a manhunt for suspects.

The troops discovered the hashish when they arrived in the area in response to a shooting incident that occurred on the Egyptian side of the border. The police said that they received intelligence about an upcoming drug deal, but the information did not specify the time or place of the transaction. 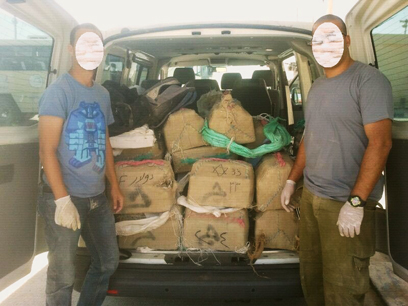 The authorities postulated that the Egyptian smugglers were set to meet the receiving traffickers and make the transfer, but the operation failed for reasons that were not immediately clear.

“This is a large smuggling deal on any scale,” Superintendent Noam Kaiz of the Magen Unit said, adding that the newly constructed border fence has been effective in curbing the number of attempts to sneak drugs into Israel. 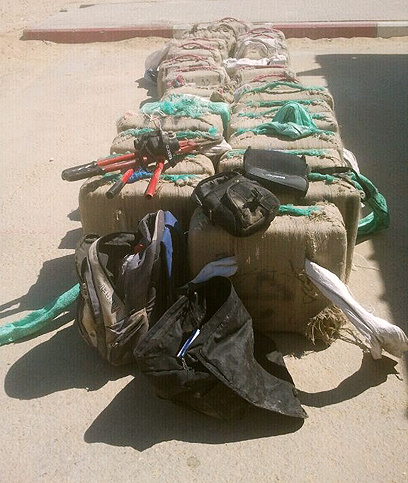 In addition to the physical barrier, a bolstered effort to patrol the border and the recent arrests of troops who aided the smugglers have also played a role in deterring such drug deals, Kaiz said.

He noted that due to the increasing difficulty of the task, drug traffickers have been consolidating their deals into larger ones, like the one that was foiled on Saturday.

“The situation on the border is dangerous,” he said. “It’s not what it used to be. The smuggling attempts often end in shootings. The combination of all these factors makes (criminals) think twice.”