Israel’s Foreign Ministry: ‘This is our small contribution to peace & security in the world’.

From peace in Israel, to peace worldwide, the IDF will take on new responsibilities soon when an Israeli officer will become the nation’s first contribution to the United Nation’s Peacekeeping forces. 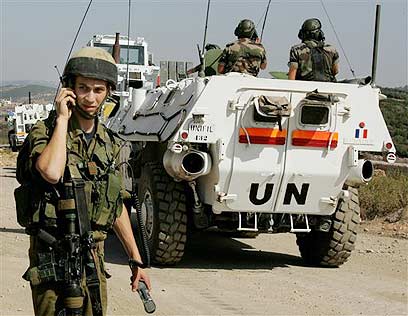 The officer, a major by rank, will be stationed at UN offices in New York where he will help in efforts to organize equipment and peacekeeping troops located in conflict zones across the globe.

“This is our small contribution to peace and security in the world, but it’s only the beginning of the road,” said a senior source in the Foreign Ministry.

The appointment of the officer to an official UN position is the result of a long effort in communication between the UN, the IDF, the Foreign Ministry, and Ron Prosor, Israel’s ambassador to the UN.

Though this will be Israel’s first military appointment to the UN, the IDF and other security forces have a long history of providing aid in foreign countries during times of crisis.

The Foreign Ministry added that the government hoped to make further contributions to UN forces in the future.