Israel has installed new “smart” fences around Gaza-adjacent communities in the wake of Operation Protective Edge, featuring the ability to recognize suspicious activity and send troops to the scene in seconds. 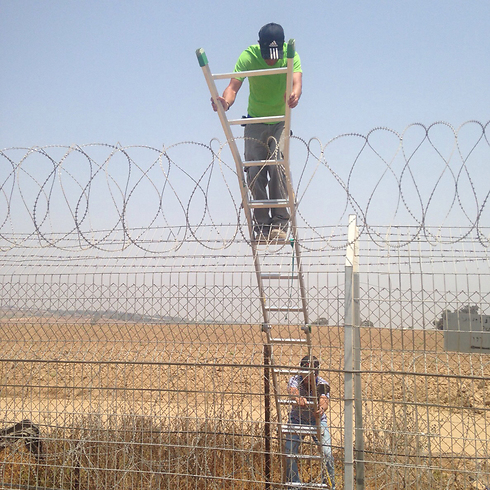 Reports have surfaced in recent days, both from Israeli and Palestinian sources, that Hamas has accelerated its construction of hidden attack tunnels. On Tuesday, Ibrahim Adel Shehadeh Shaer, a Hamas operative in Israeli custody, told the Shin Bet of the organization’s plans to use tunnels in a future conflict. Hamas also claimed on Wednesday that it had captured an Israeli drone and made it operational.

Gaza-adjacent communities have been preparing for another round of escalation. Since the end of last year’s conflict, residents received a new “protection package” suited to the threats they faced during Operation Protective Edge.

New smart fences have been built and made operational around communities that lacked them. The smart fence permits immediate detection of infiltrations, triggering deployment of the community’s security coordinator and military units stationed in the area.

Eyal Hajbi, chief security officer for Sha’ar Hanegev Regional Council, observed the fence construction over the last few weeks. “Currently all the fences surrounding the communities have been upgraded, and lighting and technological measures have been installed to complete the defenses,” he said.

“This was a mission we worked on in cooperation with the Home Front Command and the Southern Command,” added Hajbi. “It’s a project in which a large amount of funds was invested, and all parties banded together in order to advance it and reach the point we’re at now.”