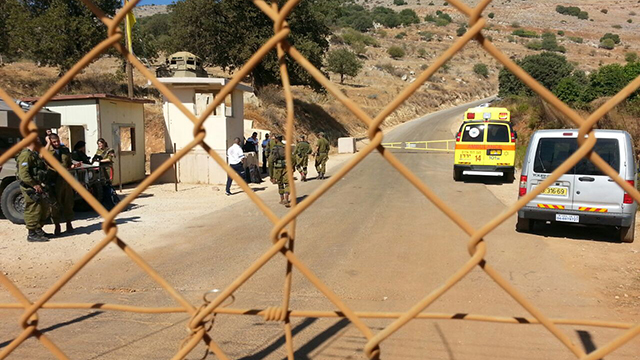 There are conflicting reports about the incident, but an initial assessment indicates that a blast hit a group of soldiers traveling near the border area on Mount Dov; it is possible they were traveling in an armored vehicle. An IDF source also said that there was a possibility additional blasts were in the area.

After local and international media reported that the IDF fired artillery shells into south Lebanon, where it is believed the perpetrators of the attack originated from, the military confirmed the report.

Al Jazeera reported that there fears of a terror attack against in Israel, possibly by Hezbollah.

The wounded soldiers were evacuated by helicopter to local hospital after receiving initial medical care at the scene.

Mount Dov – or the Sheba Farms – is a small strip disputed land at the cross section between the borders of Lebanese-Syrian border and the Golan Heights, and has been scene to numerous incidents involving Hezbollah and Palestinian groups active in the region.

Just Sunday the IDF said that troops opened fire at a number of suspects who crossed into Israeli-controlled territory from neighboring Lebanon, while reports in Lebanon said the group was Lebanese soldiers. One person was wounded during the altercation with the IDF.

There were conflicting reports about the shooting in the Sheba farms area, a disputed zone along the frontier between Lebanon and Israel. The UN peacekeeping force in Lebanon, UNIFIL, said it was aware of the reports and was investigating.

Yoav Zitun and Ahiya Raved contributed to this report.