A 23 yr-old Syrian gunshot victim, with a completely destroyed lower jaw, is sent to Israeli hospital where pioneering jaw implant allows him to once again talk & eat.

A 23-year-old Syrian citizen has undergone a pioneering jaw implant made from titanium – one of the most precious metals on Earth – after suffering a bullet wound in his country’s civil war that completely destroyed his lower jaw. 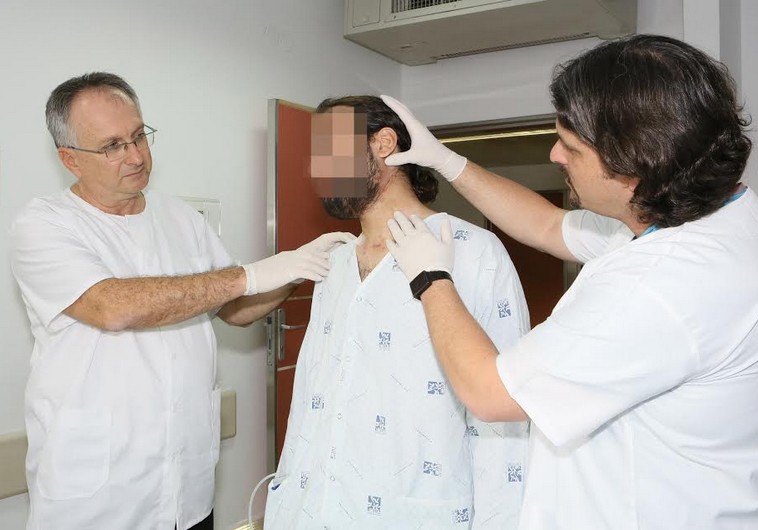 Haifa’s Rambam Medical Center announced the successful operation using the customized artificial jawbone created on a 3D printer. The Israeli dental implant company that manufactures the implants – Ashdod-based AB Dental – provided the Syrian man with the metal “bone” at no charge, while the Health and Defense Ministries and Rambam covered the cost of the procedure.

The surgery “returned his human quality,” the hospital said. The man had reached Rambam in critical condition after the rifle bullet rendered him unable to speak or eat. One day after surgery, the patient was eating and speaking.

“We succeeded in returning his human quality,” Dr. Yoav Leiser said of the patient, whose face had been torn, jaw smashed, and bottom teeth blown out.

In the procedure, called a Patient Specific Implant (PSI), doctors created a jaw perfectly suited to the patient. While such procedures previously demanded the connection of many plates, PSI requires only one individualized plate, serving as a custom-made “replacement part.” Further, all planning is done before and not during surgery, saving time and yielding superior results. To compensate for the fact that the patient had no medical records, doctors relied on statistical models.