US led Sanctions on Iran have cost its economy $100 billion in damage. “The pressure works, it is effective,” Steinitz said. “If we add to this pressure a credible military threat, the chances will be greatly improved.” 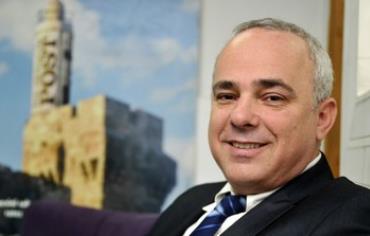 Steinitz, speaking at a conference at the Begin-Sadat Center for Strategic Studies, said that over the last 18-24 months the international sanctions have caused about $100 billion in damage to the country’s economy, which has an annual $450 billion GDP.

In addition, he said, inflation in Iran is currently running at 40 percent a year, and the unemployment rate is between 25%-30%, with the rate among youth at about 40%.

The rial, Iran’s currency, has been devalued by 180%, and the country has a negative economic growth of 5.4%.

He said that the sanctions have effectively cut Iran off from the world’s financial system, making it very difficult to do business. At this rate, he predicted the Iranian economy will collapse in another year-and-a-half, something that led to the rise of Iranian President Hassan Rouhani.

“The pressure works, it is effective,” Steinitz said. “If we add to this pressure a credible military threat, the chances will be greatly improved.”

Steinitz said the combination of a credible military threat and diplomacy that succeeded in getting Syria to begin dismantling its chemical weapons stockpiles will work against Iran as well.

According to Steinitz, “the constellations came together” in the right way and led Syrian President Bashar Assad to do something no one dreamed even six months ago that he would do: begin ridding Syria of chemical weapons.

This came about, Steinitz said, because of Assad’s interest in survival; the US determination to set a redline and stand firmly behind it; a Russian desire to prevent an attack on Syria that could endanger the Assad regime; and a joint US-Russian desire to finally gain a diplomatic achievement after two years of doing little regarding the bloody Syrian Civil War.

While the agreement to dismantle Syria’s chemical weapons was not done for Israel, “this is an example of how – despite our own instincts – that geopolitical events sometimes redound in Israel’s favor.”

Steinitz said that the Syrian agreement would “not have been possible without a credible US military threat.”

He repeated what Prime Minister Binyamin Netanyahu has made clear over the last few days, that Israel was not opposed to a diplomatic solution to the Iranian crisis as long as Iran was left without the capacity to build a nuclear bomb.