After having exposed White House’s knowledge of secret facility and its acquiescence for the sake of making ‘any deal’, Kerry takes swipe at Israeli PM’s criticism of American led P5+1 nuclear deal.

“Despite the Iranian regime’s claims that all of its enrichment activities are transparent … it has in fact been engaged in research and development with advanced centrifuges at a secret nuclear site called Lavizan-3,” said Alireza Jafarzadeh, deputy director of the National Council of Resistance of Iran (NCRI).

He said the site was hidden in a military base in the northeastern suburbs of Tehran.

He presented to reporters a series of satellite images drawn from Google Maps which he said backed “this intelligence from highly placed sources within the Iranian regime as well as those involved in the nuclear weapons projects.”

The Lavizan-3 site was apparently constructed between 2004 and 2008 and has underground labs connected by a tunnel.

“Since 2008, the Iranian regime has secretly engaged in research and uranium enrichment with advanced… centrifuge machines at this site,” Jafarzadeh said.

The group had shared its information with the US administration, he added.

The existence of the site was “a clear violation” of the nuclear Non-Proliferation Treaty as well as UN resolutions and an interim November 2013 deal struck with global powers gathered in the P5+1 group, he said.

Under the interim accord, Iran agreed not to allow “any new locations for enrichment” and to provide IAEA, the UN nuclear watchdog, all information about its nuclear facilities.

“It is absolutely senseless to continue the negotiations,” added Jafarzadeh.

The NCRI is a political umbrella of five Iranian opposition groups, the largest of which is the People’s Mujahedeen Organization of Iran, which was once banned in Europe and the United States as a terror group.

“Despite the Iranian regime’s claims of transparency, these nuclear activities, today’s intelligence, makes clear it has been continuing to lie for more than a decade,” added NCRI member Soona Samsami.

Earlier Tuesday, US Secretary of State John Kerry said he expected to know soon whether Iran is willing to agree to a nuclear deal. 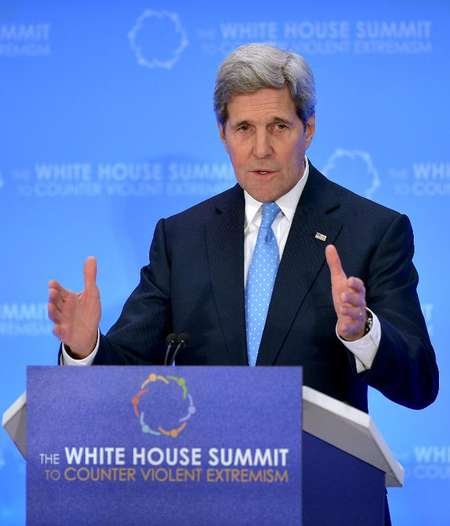 US Secretary of State John Kerry speaks at the White House Summit to Counter Violent Extremism at the State Department in Washington, DC on February 19, 2015 – Photo: Mandel Ngan/AFP

“We expect to know soon whether or not Iran is willing to put together an acceptable, verifiable plan,” Kerry told lawmakers at a congressional hearing on the US State Department budget.

In his opening statement on Tuesday, Kerry also appeared to implicitly criticize Israeli Prime Minister Benjamin Netanyahu, who has blasted the emerging nuclear agreement with Iran as “bad and dangerous” and said he would do what he could to prevent it.

Kerry also rejected press reports that said the US is close to an agreement that will give Iran access to nuclear weapons after a decade, and insisted that any final deal will not let Iran develop those weapons.

“I can’t state this more firmly,” Kerry told a Senate subcommittee. “The policy is, Iran will not get a nuclear weapon.”

“Anybody running around right now jumping in to say, ‘Well we don’t like the deal,’ or this or that, doesn’t know what the deal is. There is no deal yet,” Kerry added in what appears to be a swipe at Israel’s prime minister over the issue.

“And I caution people to wait and see what these negotiations produce.”

Netanyahu said Tuesday he would do “everything I can” to prevent a nuclear deal between world powers and Iran, a week ahead of traveling to Washington.

“The information which has reached me in recent days greatly strengthens our concerns regarding the agreement being formulated between the major powers and Iran,” said a Netanyahu statement.

“This agreement, if indeed it is signed, will allow Iran to become a nuclear threshold state.

“It is my obligation as prime minister to do everything that I can to prevent this agreement. Therefore, I will go to Washington… because the American Congress is likely to be the final brake before the agreement.”

Netanyahuhas faced criticism at home and abroad for his plans to address Congress on Iran’s nuclear program on March 3, just two weeks before Israeli elections. He accepted the invitation from Republican leaders in the US Congress, who consulted neither Democrats in Congress nor Democratic President Barack Obama’s administration.

Zionist Union leader Isaac Herzog announced Tuesday he will not be traveling to the US to appear before the American Israel Public Affairs Committee (AIPAC) annual conference, amid growing tensions over Netanyahu’s planned speech to Congress.

“Netanyahu’s spin about who is going to Washington must stop,” Herzog told a gathering of foreign media in Israel. “My firm position against a nuclear Iran is known by every Israeli and American, including the US president, and I know how to voice it in a sharp, clear manner – from here, not from there.”

Herzog added: “A few days ago, I told the AIPAC conference organizers that I was deeply sorry, but that I could not attend the conference at which I had been invited to deliver a speech. American Jewry is very important to me, but it is clear that replacing the Netanyahu government is just as important, and that is my primary mission these days. When I’m prime minister, I will travel anywhere in order to uphold the security interests of the citizens of the State of Israel.”
Likud MK Miri Regev responded to the claims, saying: “The left-wing and Herzog should support and back the prime minister, and understand that the country’s security is not a political issue, but rather is an existential issue for the State of Israel. I want to strengthen the prime minister for his activities and determination to highlight the dangers of a nuclear Iran.”

The United States and five powers, Britain, China, France, Germany and Russia, are seeking to negotiate an accord with Iran to restrain its nuclear program in exchange for sanctions relief. Washington and Jerusalem suspects Iran may be trying to develop nuclear weapons. Iran says its program is for peaceful purposes.

A Gallup Poll released Monday found a high level of American public support for Israel, with seven of ten people having a broadly favorable view. But Gallup said the dispute between Netanyahu and Obama did seem to have had an impact. The percentage of Democratic voters viewing Israel favorably fell to 60 percent from 74 percent a year ago. 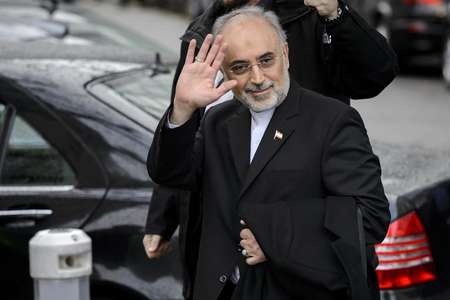 Another leading US pollster warned on Monday that the Obama-Netanyahu dispute may cause long-term damage to Israel.

Frank Luntz, who has monitored Israel’s image on American college campuses for 13 years, conducted interviews with more than 800 students at 60 of America’s top universities, including Harvard, Cornell, and Northwestern.