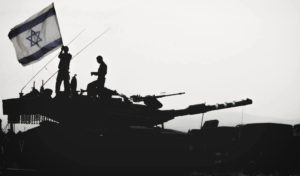 The IDF Spokesperson’s Unit updated that sirens sounded in the Eshkol Regional Council after a projectile was launched from the Gaza Strip at Israeli territory.

It added that an aerial defense system was activated following the launch.

Arab media reported that the IDF responded to the rocket fire by firing tank shells at Gaza.

Earlier, five Palestinian Arabs were reportedly injured in clashes with IDF soldiers on the security fence. Throughout the evening, hundreds of Palestinian Arabs rioted near the fence and tried to provoke soldiers.