Irony of Ironies: UN trusts Israelis above all others to defend their personnel 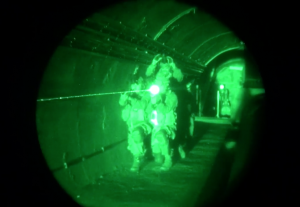 With 61 UN peacekeepers having been killed in Africa just last year, apparently Israel’s aggressive approach to security which is condemned regularly by the UN General Assembly, their Security Council, the UN Human Rights Council and UNESCO, it seems that’s no longer important as they trust no one more than Israel to keep their personnel safe.

According to the United Nations, it is Israel’s aggressive approach to security that is one of the primary obstacles to peace in the Middle East.

So, it was with some surprise that Israelis learned last week that the United Nations had contracted out security for its personnel and assets in Africa to none other than Israeli security companies.

UN peacekeepers in Africa are regularly the targets of deadly violence. In fact, 61 UN peacekeepers were killed in Africa just last year, the highest annual death toll for the organization in 25 years. In light of this escalation, the UN put out a notice that it was looking to hire outside help. Of the five security firms that were eventually interviewed, three were Israeli, a clear indication of confidence in Israel’s ability to effectively deal with such threats.

It was Israeli security firm MER that ultimately won the contract, worth $8 million, to protect UN peacekeepers in Africa for the next three years, with an option for a further five years.

The UN also signed a deal, worth $42 million, with the Israeli company Odis, which develops and operates water treatment systems.

Given the usual tension between Israel and the UN, most people are unaware that the world body nevertheless is a regular customer of the Jewish state and its innovative start-ups. Israeli companies sold $52 million worth of goods and services to the UN last year alone.

Clearly, the UN doesn’t think so badly of Israel as the voting records of the General Assembly, the Security Council, the Human Rights Council and UNESCO might suggest.